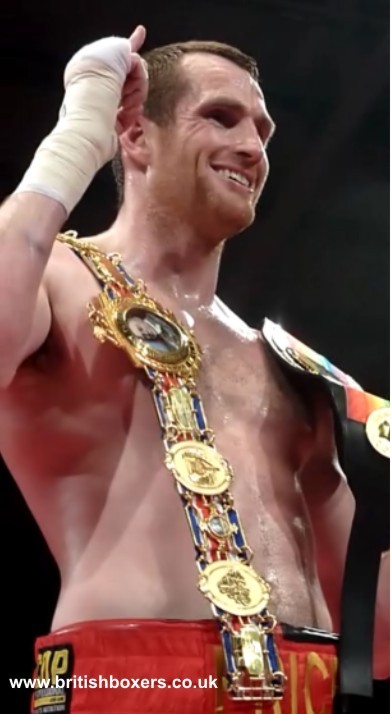 David Price has vacated his British and Commonwealth heavyweight titles, while he rebuilds his career in the wake of his two defeats to American Tony Thompson.

Price, 30, had been ordered to defend his Lonsdale belt against mandatory challenger Dereck Chisora in February, but that fight will not happen now, although he hasn’t ruled out a meeting with Del Boy later next year.

Price won the vacant British title against Sam Sexton in May 2012 via a 4th round KO. He defended it twice against Audley Harrison TKO1, and Matt Skelton KO2, but will now miss the chance to make the third defence to claim the prestigious belt to own outright.

Australian Lucas Browne had been hoping to face Price for his Commonwealth title after defeating Richard Towers in an eliminator last month, but Price is now interested in building his career back up and going down the world title route and taking on some international opponents.

The Liverpool heavyweight recently signed with German based Sauerland Promotions and will have his first fight for their stable on on December 14 in Germany when he takes on Russian Evgeny Orlov.

“I am extremely proud to have been British and Commonwealth champion.” said Price.

“I have some fantastic memories of some great nights winning and defending both belts.

“Now the time is right for me to move in a different direction in order to rebuild my career and achieve my ultimate goal of becoming heavyweight world champion.