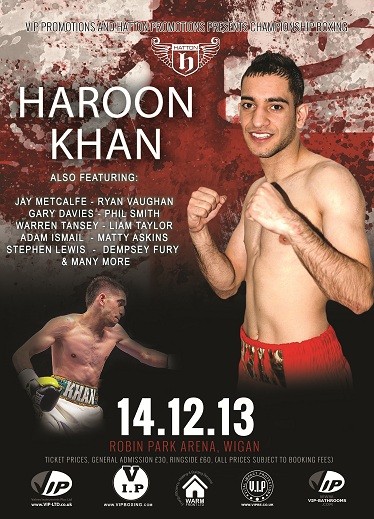 Khan backing his young Bro in Wigan this Saturday

Amir Khan is predicting another scintillating performance from his younger brother Haroon Khan in Wigan on Saturday night (December 14).

Since turning professional in April this year, Haroon hasn’t lost a single round in three fights and will look to stretch his record further against an as yet to be confirmed opponent.

Amir will be ringside to cheer his sibling on and believes the 2010 Commonwealth Games bronze medallist will once again prove his potential for the top.

“Haroon was a brilliant amateur, but I think he’s really kicked on as a pro,” Amir, the former unified world light-welterweight champion, said.

“He’s never out of the gym and he’s improved with every fight. I think people will be really impressed with what they see from him on Saturday.

“He was sensational against Slavchev last time out. He kept a cool head, cut off the ring well and really put his punches together. I think he’ll be as good, if not even better, in this fight.” 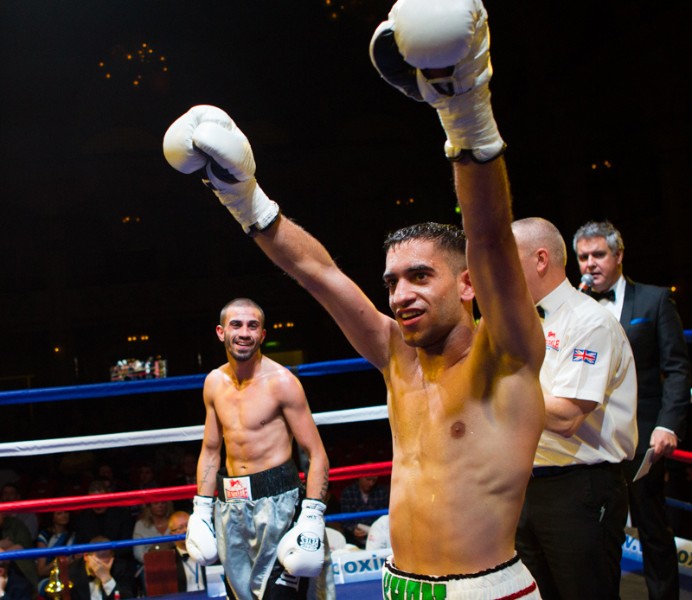 As well as taking in his brother’s fight, Khan will be joined at ringside by fellow British boxing legend Ricky Hatton.

The card is being jointly staged by Hatton Promotions and Steve Wood’s VIP Promotions and will give two of the North West’s leading lights a chance to catch up.

“I’m looking forward to seeing Ricky at ringside,” Amir said. “We’ve been good friends for years and it’ll be nice to have a chat.

“He’s doing great now as a trainer and a promoter and we both love talking about boxing so I think it’s going to be a great night.”

As well as Haroon’s bout, there will also be two other fights involved young punchers from famous fistic families as Dempsey Fury (Tyson’s cousin) and James Metcalf (son of Shea Neary) both appear.

Boxing commences at 6.30pm and tickets are on sale now. They are priced at £30 general admission and £60 ringside and are available from all boxers, the venue and www.vipbe.co.uk