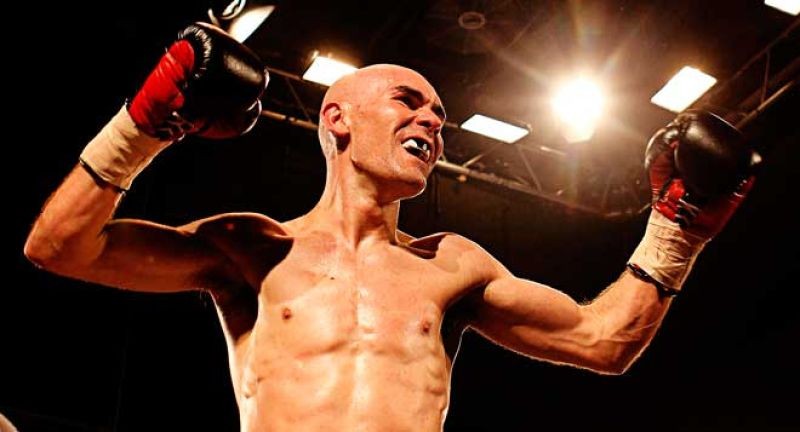 Stuart Hall has revealed how big a part the crowd will play in helping him to lift the vacant IBF world bantamweight crown.

Hall bids to become the UK’s next world champion after Carl Froch, Scott Quiqq and Ricky Burns, and only the second man from the North East ever to win boxing’s top prize, when he takes on Vusi Malinga at Leeds’ First Direct Arena on December 21.

The Darlington fighter knows he is in deep against the South African visitor.  With just four defeats in 26 outings, Malinga enters the contest as the far more experienced man.  And, with two failed world title attempts already behind him, the Gauteng man will be determined to get it right this time.

Hall’s story reads like a fairy-tale.  After a hedonistic spell in Ibiza, the 33-year-old returned to his native North East and dedicated himself to boxing.  Now with just 18 fights under his belt, including a spell as British champion, ‘Stuey’ gets the chance to make history after a career-best win in May against Sergio Perales for the IBF Inter-continental belt.

“I can’t even explain what it will feel like to win a world title,” explained Hall.

“He’s a tough African and I need to break his heart.  I know it’s going to be a good fight, he’s going to try his hardest but I’m going to try harder.  The only way I can lose is if I let him win it. If I go out there with the attitude I’ve got in my head now, and since the fight was made, then I’ll win.

“I do like a crowd and I need them behind me.  I’m expecting a lot from Darlington to come down, and hopefully the Leeds fans will back me up as well.  When things are tough then I do thrive off a crowd and I will need them in this fight.  A big crowd will definitely help me.”

“I’ve managed to secure home advantage for Stuart, as I have other fighters previously, and this could prove crucial when the crowd gets roaring.  It’s a real 50-50 fight, both like to come forward, so they’ll meet in the middle and have a war.  I’m expecting a classic.”

For information about return coach travel from Darlington for just £10 please contact Lynsey Lockey on lynseylockey@dennishobson.com or 07557 553512.

Tickets are also available via Ticketmaster on 0844 844 0444 or via www.ticketmaster.co.uk