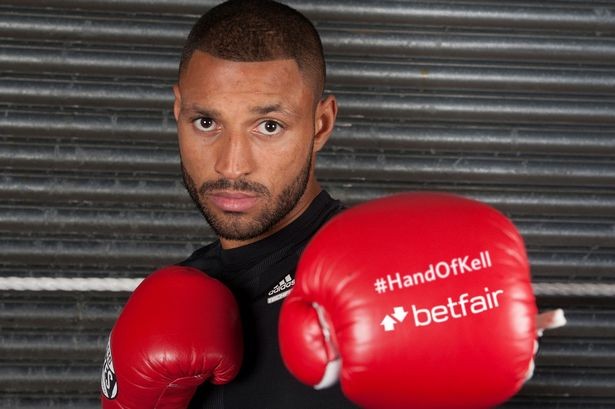 Is Kell Brook on collision course with Keith Thurman?

With a lack of domestic action throughout January here in the UK, I have grown quite reflective over what has been and what is to come as far as the best of British are concerned. Tyson Fury, Carl Froch and Ricky Burns have all been subjected to my scrutiny as of late. Today, however, I am turning my attentions to not just a British fighter, but an American one too.

Two young, hungry and talented men who I believe are not only the future of the welterweight division, but who are also on something of a collision course for the future provided both their careers follow the paths their respective talents have them earmarked for. Those two men are Britain’s Kell Brook (31-0 21KOs) and Keith Thurman from the United States (22-0, 20KOs).

What I don’t want to do with this piece is get pulled in too many different directions. We all know the welterweight division is stacked with talent. Names like Marquez, Bradley, Maidana, Pacquiao, Alexander and Porter roll off the tongue without even having to think.

I would be foolish to discount some or all of the above when looking at Brook and Thurman and it is the recent scrap between two of them, Shawn Porter and Devon Alexander that I shall use as a segue into the bulk of this piece.

Here in England, this writer and IBF mandatory Brook were keeping a very close eye on this fight. The eventual winner surely Brooks next opponent. Unlike many in Britain I didn’t think this would be a cake walk for Alexander. A tough and durable fighter, it is pretty well known he is at his best against come forward, brawler types. I.e Maidana. As soon as Alexander comes up against real movement, he has problems. Which is why Amir Khan was throwing his name around so much and why I was praying Alexander would win. Kell Brook, with his movement, defence and slick skills is perfect for Devon Alexander. Oh, well!

Shawn Porter will get six months from the Alexander fight to face Brook in his first defense. The fight will almost certainly be Stateside which shouldn’t trouble Brook too much. In 2011 he destroyed Luis Galarza (W-TKO-5) in New Jersey. Whilst I see this being a tougher fight for Brook than Alexander, I still see him being victorious, probably via UD, although a late TKO is not impossible. Porter, despite not being tall is still a big welterweight having moved down from light middleweight some three years ago. He will be looking to make a statement and like many of the US fans, will make the mistake of underestimating Brooks vast skill set in my opinion. There is only one stain on Brooks resume, a MD victory against the average Carson Jones in 2012. After Jones, some say rightly, complained, he was given his rematch and brushed aside comprehensively a year later. Porter has neither the experience or the talent to overcome Kell Brook, and come late Spring, the UK will boast one more world champion.

Which brings me to Thurman. Let me start by saying I think the 25yr old Florida man is destined for big things in the sport. I call it the hype train, and with brutal honesty, Thurman is the face of the 2014 carriage, yet in his case it may be justified. Thurman seems to be doing things the right way, increasing opposition levels accordingly. His last two fights impressive victories of Diego Chaves (W-KO-10) and Andre Berto slayer Jesus Soto Karass (W-TKO-9) have led to him getting valuable rounds under his belt whilst still delivering the goods in brutal fashion. His 86% KO percentage is fearsome and the buzz surrounding him is growing with every fight.

Many readers, especially Americans, will have designs on what next for Thurman. Talk of him being a September opponent for Floyd Mayweather is however, ridiculous. I would like to see Thurman continue to step up and my next choice for him, given their past words, would be Paulie Malignaggi (33-5, 7KOs). Despite Malignaggi carrying about as much power as a blamanche, he is a fast and skillful fighter who could cause Thurman problems he would have to adjust to over the course of the fight. I would however see a mid rounds KO victory for Thurman being the likely result however.

Regardless of what I think, 2014 is set to be an exciting year for both Brook and Thurman. I welcome the thoughts of my fellow fans on what they see happening next for both of them. As I referenced at the start, when I gaze into my metaphorical crystal ball I see these two meeting down the line, perhaps (should all go well!) in Kell Brooks first defense of his IBF belt at the end of the year. The fight has all the makings of an absolute classic as far as I’m concerned, whatever happens to both, though unless it is a world title affair, it would lack commercial appeal for anyone other than a true boxing fan.