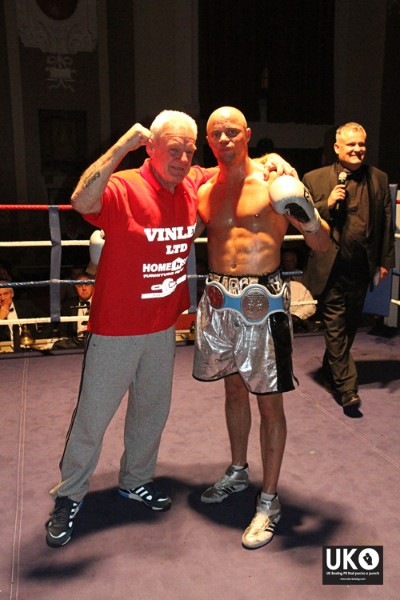 Pearce in the Hunt For another title

Stourbridge’s International Masters Welterweight Champion, Steven Pearce, is ready to add a British Masters strap to his list of titles when he takes on Sheffield’s Ryan Hardy.

Pearce tops the EJKO Promotions bill – March Mayhem – at Walsall Town Hall on Saturday, 1st March. The 28 year-old is looking to carry on where he left off last time out at the Town Hall when he stopped Stafford’s Rob Hunt in the fifth round to lift the International Masters belt.

“I’m really looking forward to it,” he told www.uko-boxing.com. “I feel like I’m back in big time boxing. It’s another title fight, so that’s title fights back to back, which is great.

“I was pleased with my performance against Rob Hunt. People were questioning me after I lost to Sam Eggington last year but you have to put that in context. Sam recently beat Dave Ryan who has since beaten Paul McCloskey, so that tells you what kind of prospect Sam is. Sam is a good kid. I’m a better fighter for that defeat though and have come back stronger.

Hardy on the other hand will be looking to bounce back from a first professional defeat in his last outing. The 27 year-old had recorded six straight victories before suffering a points los at the hands of upcoming prospect, Nathan Dale, also in November.

“He‘s a tough lad,” Pearce added. “I’ve watched clips of him. He comes forward, he’s very fit and he’ll be looking to make it a brawl.

“My training camp is under way now and I’ll be working on things in the gym to ensure I have the right plan to get the win.”

Pearce versus Hardy tops the bill of a bumper 11-fight card. Also in title action is Walsall’s Luke Paddock who takes on Stoke’s Kevin Hanks for a Bronze Masters belt.