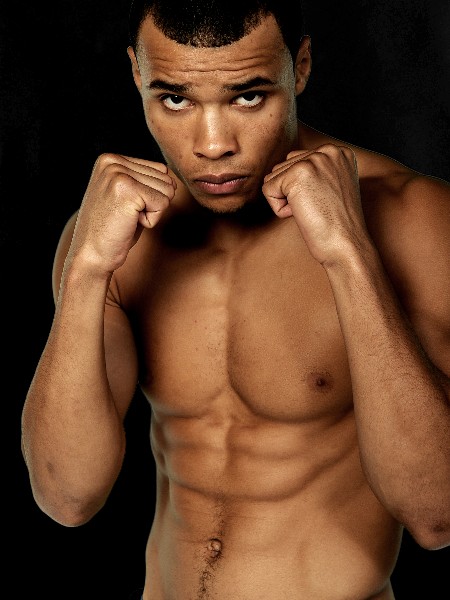 Queensberry Promotions are delighted to announce in association with Chris Eubank Promotions that Chris Eubank Jnr. will fight on this Saturday’s sold-out show at the York Hall, Bethnal Green, live and exclusive on BoxNation (Sky Ch. 437/HD 449 and Virgin Ch. 546).

The exciting and undefeated Eubank Jnr. will take on experienced Alistair Warren in an eight-round middleweight contest in support of Tony Conquest’s challenge for the Vacant Commonwealth Cruiserweight Championship against Daniel Amman.

It is hoped that this fight will lead to a long-term relationship between the parties that will see the fast rising talent and son of the British boxing great become a regular fixture on the Channel of Champions.

Carrying one of the most famous names in world boxing, the 24-year-old has carved out his own career path and is fast approaching his first championship title challenge.  Undefeated in twelve fights with seven knockouts, his last four fights have ended in back-to-back stoppages, Eubank Jnr. aims to emulate the fantastic achievements of his father – who had 19 World Championship wins at two different weights.

Eubank Jnr. said, “”Finally I get to jump back into the ring on the 22nd. My team has been working hard behind the scenes and I am excited to be fighting live on BoxNation on Saturday night. I’m hungry and I’m going to use this newest fight to showcase the true boxing skills that I possess. My fans are in for a treat and even the haters are going to appreciate the performance I put on this Saturday.”

Hall of Fame Promoter Frank Warren – who promoted Eubank Snr’s. epic fights against Carl Thompson (twice), Joe Calzaghe; the thrilling rematches against Ray Close, Steve Collins and co-promoter of the second fight against Nigel Benn – is delighted that Eubank Jnr. has been added to the card.

He said, “Chris Eubank Jnr. is unquestionably an outstanding young talent and I hope that he will now become more active and his fights become synonymous with BoxNation.  I’ve heard outstanding reports from his father, trainer Ronnie Davies, as well as the likes of George Groves and Nathan Cleverly about his potential so I’m delighted to give him a platform to showcase his skills at the York Hall this Saturday,”

“He will be the fifth son of a world champion that I have had the pleasure of working with alongside Ross Minter, Luke Robinson, Steve Collins Jnr, and my most recent signing Kevin Hodkinson.  I’ve also promoted Mo Hussein’s son Eddy who is also fighting at the York Hall on Saturday.”