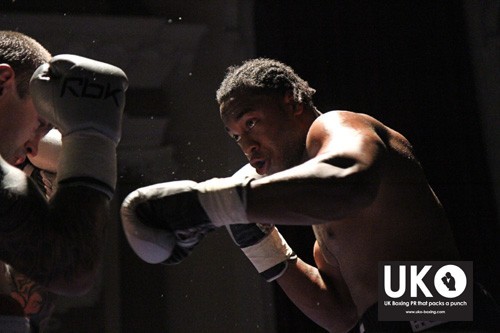 The hometown hero is back in action for the first time since his comfortable points victory over Remigijus Ziausys last September.

The 27 year-old is one of the most dangerous domestic Cruiserweights and will be looking to muscle his way into the British Title scene during the course of 2014.

Keane steps in with Igor Borucha next weekend. The Lithuanian is no stranger to these shores and has fought the likes of Wadi Camacho and Louis Cuddy.

Stourbridge’s International Masters Welterweight Champion, Steven Pearce, will be looking to add the vacant British Masters strap to his list of titles when he takes on Sheffield’s Ryan Hardy at the top of the bill.

The 29-year old stopped Stafford’s Rob Hunt to lift the International Masters belt in his last outing while Hardy on the other hand will be looking to bounce back from a first professional defeat last time out. The 27 year-old had recorded six straight victories before suffering a points los at the hands of upcoming prospect, Nathan Dale.

Walsall’s Luke Paddock goes in search of British Masters Light Welterweight Bronze honours when he steps in with Stoke’s Kevin Hanks. The hometown light welterweight prospect has recorded five straight victories since turning professional in 2012. At 27, Hanks is five years Paddock’s senior. The Stoke scrapper has tasted defeat four times in his six-fight career but won on his last Town Hall outing – a points victory over Sid Razak last September.

Tickets, priced at £30 and £60 Ringside, are still available from Walsall Town Hall Box Office on 0845 111 2900. Grosvenor G Casino Walsall will be staging a fun casino on the night and the aftershow party takes place at the Pitch Sports Bar and Grill on Bridge Street, Walsall, WS1 1JQ. The weigh-in also takes place The Pitch Sports Bar & Grill next Friday, 28th February at 1.00pm. All welcome.