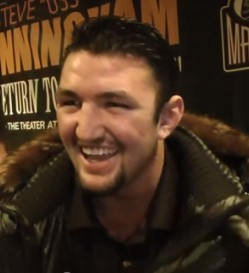 Hughie Fury – In depth with the unbeaten teenage heavyweight prospect