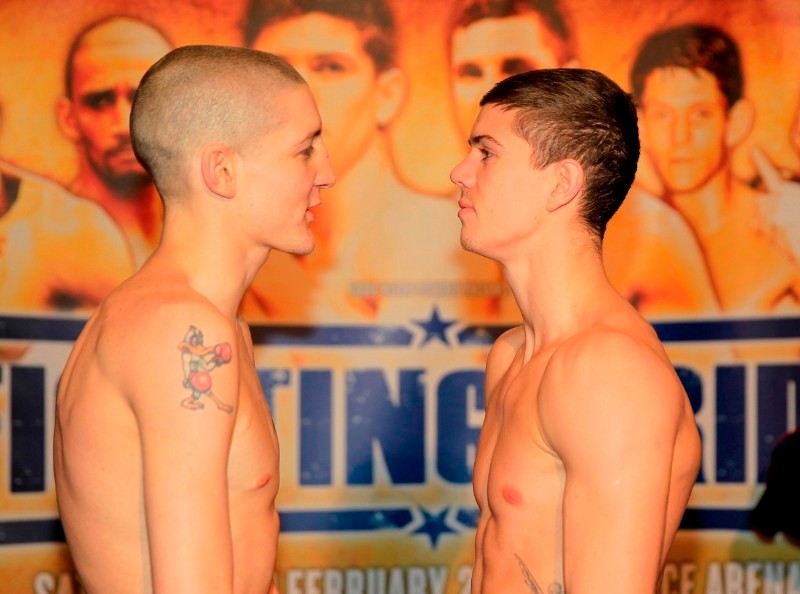 Hull stars Luke Campbell MBE and Tommy Coyle have vowed to keep winning and bringing big-time boxing to Hull as they prepare for action tonight at the sold-out Hull Ice Arena, live on Sky Sports.

Campbell boxes on home turf for the third time as he moves up to eight rounds against Scott Moises in his fifth professional fight. The Olympic Gold medal hero last boxed on the undercard of Carl Froch’s epic World Super Middleweight title clash with George Groves in Manchester In November and has also appeared at The O2 in London when Team GB pal Anthony Joshua MBE made his debut.

The 26 year old is set to appear on the undercard of the Froch vs. Groves rematch in the summer and on April 19 back at the Phones 4u Arena in Manchester, and while Campbell enjoys entertaining fans all over the country, he wants his big nights to be staged in his beloved Hull.

“Every fighter’s dream is fighting in the bright lights of Las Vegas for a World title, but I would have to say mine is filling the KC Stadium one day and boxing for a World title in Hull,” said Campbell.

“That’s the great thing about this city, the people are so friendly and it’ll

always be home for me. The people here have been so good to me. They back me 100 per cent and have nothing but good things to say. They turn out in force when we have boxing here which is great for the future for not just me but all the Hull lads on the bill.

“During the Olympics Anthony Ogogo and I said ‘what happens if we win Gold?’ We can retire, we can do this, we can do that – and then from having time out of the sport, I realised how much I loved it and that I had the burning desire to achieve something big in boxing, I simply had to get back into and turn pro and I know it’s the right decision.

“We’ll soon see what the hype is about with me when I am in these bigger fights. That will show everyone what I am made of. I am into an eight-rounder on Saturday and that’s the first step, I want to remain unbeaten this year, putting bums on seats and exciting the fans when I am fighting.”

“I have a fantastic following, I am very, very lucky,” said Coyle. “When I step out in Hull the hairs on the back of my neck stand up; it is an awesome feeling and I can’t wait for on Saturday. Like Luke my dream is to fight at the KC – that is the ultimate for me.

“When I go and watch Hull City FC I imagine fighting in the semi-circle of that pitch – it would be an incredible feeling and an incredible achievement to get a fight there.”

Campbell and Coyle star in a great night of action in Hull, as the simmering rivalry between British Light Welterweight champion Darren Hamilton and challenger Curtis Woodhouse comes to the boil and unbeaten Super Bantamweights Gavin McDonnell and Leigh Wood face-off for the vacant British title.

A trio of local prospects are in action in the form of Zak Collins, Joel Haigh and Charlie Payton,  and there are four-rounders for Manchester’s Hosea Burton and New Malden’s Lerrone Richards and Liverpool Super Middleweight Tony Dodson, who is aiming to secure a Commonwealth title shot against Rocky Fielding on March 15.