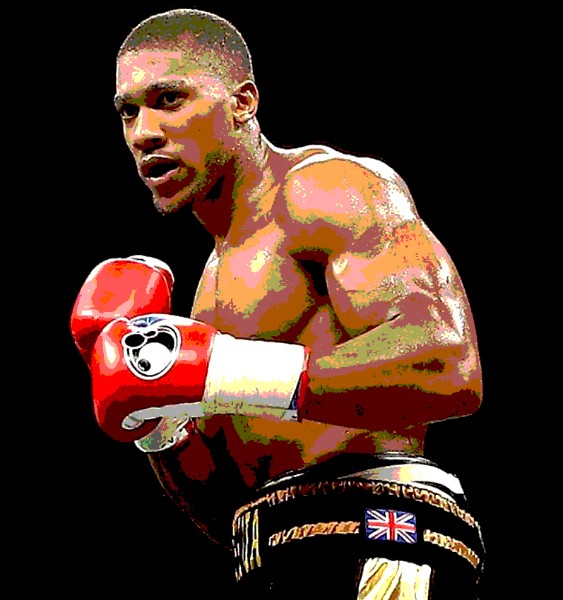 Anthony Joshua – Whatever He Hits He Destroys!

Anthony Joshua took just 134 seconds to see off his latest victim in Argentine Hector Avila at the SECC in Glasgow on Saturday night taking his professional record to 5-0, 5KOs, meaning on current form, and taking a quote from the movie Rocky 4, ‘Whatever he hits he Destroys!

But unlike the dead pan menace of the stiff Ivan Drago character that the ‘Destroy’ line was aimed at, Olympic heavyweight gold medal winner Joshua dissects and destroys his opponents like a calm calculating hitman but out of the ring you could imagine him helping your Granny across the road with her shopping bags.

The 24 year old from Watford looks like he has been to a heavyweight boxers design studio to chisel out the perfect physic and stature of the 21st century pugilist for the 200lb + division and in his first five fights, hasn’t been extended beyond the second round.

Joshua had been asking fans during the week leading up to his latest outing, what ring walk music he should come out to for his fight in Glasgow and even suggested that at the moment the hardest part of his career to date, has been choosing his entrance tune. He has already shown a knack of winning friends and influencing people and even non boxing folk have taken to the young man like they did with Henry Cooper and Frank Bruno. On Saturday he had the Scottish fans in attendance instantly on his side when he entered the arena to the song 500 miles, by the Scottish group, The Proclaimers and he set the party alight pre main event and the Ricky Burns v Terrence Crawford WBO world title fight.

His opponent Avila had taken Dereck Chisora nine rounds last year so seemed a decent test for Joshua with just 4 fights behind him going in but he is far superior than most 4 fight novice heavyweights. He has been competing at the very highest level for a few years on the amateur circuit and is well ahead of most novice pros at this stage. As well as winning Gold in London Joshua was also a two time ABA champion and anyone who knows what that involves, knows they don’t give them out easily.

Whatever He Hits He Destroys – Ivan Drago in Rocky 4

Avila just had no defence and no answer when Joshua started to let his shots go and his arms this morning must be as bruised as his head and body are, such is the force of Joshua’s shots. He impressed this time also with his measured attacks to the body and how he brought his uppercuts through the middle was text book. Joshua moves like a middleweight and is developing very nicely indeed.

It’s never wise to go over the top with one learning his pro trade but everyone can see this one is a little bit special. You cant rush him at this stage though and he could probably have beaten a few more Avilas one after the other this weekend but as long as he is keeping busy for now these opponents are ok but by the end of the year there should be no problem in stepping him up and domestic titles by then, should be a level he can slip into with ease.

The development of Anthony Joshua is one of the best things to happen to British boxing for years and if he can mirror his great amateur achievements in the professional ranks, we could have another Lennox Lewis on our hands and hopefully not an anti-climax like Ivan Drago.

Joshua’s next fight will be on April 19th at the Manchester Arena on the undercard of Scott Quigg’s WBA world super-bantamweight title against Nehomar Cermeno.