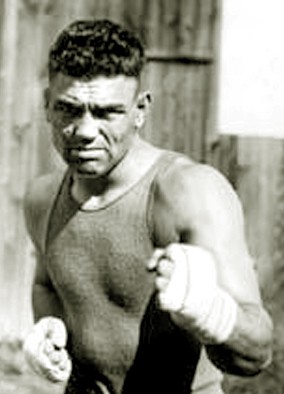 Boxing and Self Defence

The knife flicked out from his pocket in a single motion, like he was swishing a fly away from my face. Within the space of the blink of an eye I had gone from just being a guy walking home in the afternoon sunshine, to a guy getting attacked in the street by a heroin-addled lunatic and facing the prospect of instant death. I’m not the first to be in that situation, nor will I be the last, but after the incident had died down, the police had left me alone, and the wave of friendly retrospective advice came flooding in, I wondered “Would I have been in a better position to end that attack more effectively if I was a decent enough boxer?” One good right hand straight on the chin eh? Duck the knife, slip his weak grab and land an uppercut so quick and vicious that he’d be crapping out his teeth for the next fortnight and wishing he’d been born an iguana? I didn’t do any of those things. Boxing failed to protect me when it had an opportunity to become a martial art in every true sense of the phrase.

A recent study on human hands concluded two things: 1) That when you make your hand into a fist, the density in the hand increase by four times, and 2) Man has evolved this trait because he has fought with his fists for hundreds of thousands of years. Hardly rocket science, and not much of a surprise, but it does go to show that boxing – in it’s primeval and raw form of simply making a fist and launching that fist at someone else – doesn’t have it’s first roots in the 17th century bare knuckle arenas, or even the first Olympics in ancient Greece. I guess since the dawn of time men and women have been fighting each other up and down the centuries until evolution landed us all with the capacity to simply curl your fingers up into the palm of your hand, flex your upper body muscles, and break someone’s jaw/nose/cheek/ribs and chances of ever getting the contents of your pockets.

Ask most martial arts practitioners about boxing and they’ll sneer down their perfect noses at you; I exclude MMA guys and gals in this, for obvious reasons: mainly because they like beating the crap out of each other. There is a widely held belief that boxing is the poor mans martial art, and some people don’t think it’s a martial art at all. For them, the mainly Far Eastern disciplines of Karate, Judo, Tae Kwon Do, etc etc constitute the furthest and most effective means of self defense known to man. I mulled this over after the attack, even going as far as to dig out my twenty year old Tae Kwon Do yellow belt (green tag). It was all utterly pointless and would, in truth, have been more effective if I’d have flicked it at my attacker like a wet towel.

Boxing isn’t portrayed as the thinking man’s sport, neither can you be graded like you can in, say, Karate. This, in itself, leads the bystander in any given pub car park on a Saturday night to think that the two idiots throwing huge haymakers into thin air are about the average boxer’s standard. Boxing is the easiest sport to think you can do, and the hardest to learn properly. Want proof? When was the last time you saw a fight on the streets and saw a half moon kick, or a swept leg? Never, is the answer. Plenty of 8 pint Rocky’s, but no Bruce Lee’s eh?

But I think that does boxing a disservice. If you’ve ever seen a good boxer fighting in the flesh it’s obvious from the start that there is consummate skill, heart, and art to what he/she is doing. Sure, it all looks so simple, and God knows I’ve tried, but to be good at boxing requires hard work, training, and talent – all things I don’t possess in any real quantity – and it never leaves you. In his 70s, Jack Dempsey was leaving his club and settling into the taxi he’d ordered outside when a mugger leapt into the back seat and demanded money (with, I’m assuming, menaces). In a fraction of a second old man Dempsey (pictured) instinctively threw out a right hand and knocked the assailant out of the car, and out of the present. You can’t grade that kind of thing.