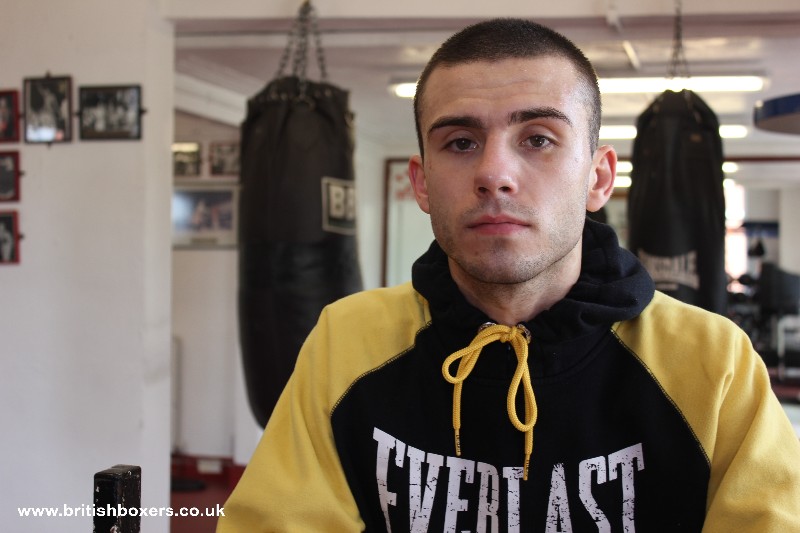 ‘Ruthless’ Ryan Doyle won his first belt as a professional on Saturday night when he claimed the International Masters featherweight title with a close points win over Michael Ramabeletsa on a Coldwell promoted show called ‘Call of Duty’ at Bowler’s Arena in Manchester.

Doyle, 22, takes his professional record to 9-0, 5KOs but was made to work hard for his win against Manchester based South African Ramabeletsa in a close scrap set at a fast pace from the off.

The fight tempo was set early and Doyle pressed trying to pin down his elusive opponent who gave the Mancunian his toughest fight to date.

Doyle suffered a cut to his right eye and both were left bleeding from their noses after even success. Ramabeletsa was on the canvas in the 7th round but it was called a slip by the ref. In the same round Ramabelesta was deducted a point for holding which in the end was costly for him.

Doyle is trained by former British champions Ensley ‘Bingo’ Bingham and Maurice ‘Hard’ Core at the famous Champs Camp Gym in Mosside and has impressed in his career so far. Against an inspired Ramabelesta, 31, he was made to work hard for his latest success but at the end of 10 competitive rounds, Doyle got the referees decision 95-94. Ramabelesta’s record drops to 11-11, 5 KOs.

At super bantamweight Macclesfield’s Liam Hanrahan scored his 6th win pro win with a 1st round stoppage of Saul Tejeda.

Liam Conroy outpointed Robert Studzinski 59-55 over six rounds to extend his record to 6-1.

Sam Hyde outpointed Elvis Dube over 4 rounds 40-34. Hyde dropped dube twice on his way to a comfortable win on his debut.

Jack Catterall took his pro record to 7-0, stopping Aleksas Vaseris in the 5th round.