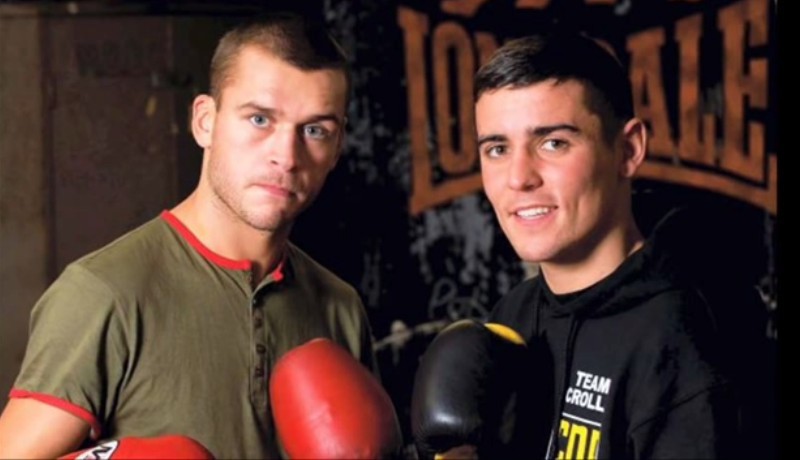 Murray vs Crolla – The Mancunian Battle is ON April 19th

Manchester lightweight’s John Murray and Anthony Crolla will clash in one of the biggest Mancunian derby’s for many years. The former stable mates will meet on the undercard of Scott Quigg’s WBA world super-bantamweight defence against Nehomar Cermeno at the Manchester Arena on April 19th.

Crolla, 27, (27-4-1, 10 KO’s) last fought in November last year, a 6th round stoppage over Steve Foster Jnr, that coming on the back of a career high performance against former world champion Gavin Rees. Crolla will go into the fight in form and with age and activity on his side.

Murray, 29, (33-2, 20 KO’s) has had two quick wins since his recent comeback, being out of the ring for two years since his world title challenge against Brandon Rios in 2011. The former British and European champion is determined to get back to the top and is ready to claim his place at the summit of the Manchester lightweight boxing scene, a place that Crolla has taken since Murray’s absense from the game.

“I’m really up for a fight fight, and Anthony Crolla on April 19th is the one that’s offered,” Murray said to Sky Sports. “I think I’m the more powerful man, and I’ll win and win by stoppage.” Murray said after he stopped John Simpson inside two rounds last Saturday to set up an all-Manchester clash. Crolla responded by saying he was up for the fight, told of his respect for Murray and there friendship but added he has no doubts he will be victorious on April 19th.

Murray’s layoff was due to the fact he failed a routine brain scan in 2012 due to a swollen pituitary gland but after getting the all clear he resumed his career at the end of last year and will now face friend Crolla to regain his mantel.

Crolla currently holds the WBO Inter-Continental title and that should be on the line, although this fight will need no belt to make it one of the most anticipated matchups that could be made in British boxing at he moment. Crolla is trained by Joe Gallagher, the same coach who took Murray through the amateurs and professional career, until they split after the fight against Rios. Gallagher knows Murray’s style well and this could be the telling factor although Murray has plenty to prove and will be determined to reclaim Manchester lightweight bragging rights. The winner can be sure of a big fight and possibly a world title crack, the fans can be sure of a domestic classic.

The Manchester Lightweight duo battle it out in a shootout for a major fight shot in the summer, and the former gym pals both told today’s press conference that their friendship will be put to one side for the night as they meet in what promises to be a fiery encounter for the city in one of Britain’s most iconic boxing venues.

Crolla has been in fine form of late with wins over Gavin Rees in Bolton and Stephen Foster at Phones 4u Arena, and was set to fight John Simpson in Glasgow on the Ricky Burns undercard. A cut in sparring ruled him out of the bout but Murray stepped in, and after stopping Simpson in the second round through a series of crunching body shots, the former World title challenger landed the shot at Crolla he craved after a war of words with his former trainer and Crolla’s guide Joe Gallagher.

“This is the one that I have always wanted,” said Murray. “I hope that in the build-up people concentrate on us and not Joe Gallagher, we’re doing the fighting.

“This is the reason I turned pro, I wanted to be on big bills in Manchester – Anthony and I are friends but we won’t be until after the fight, I want to put on a destructive performance and get back up to World level. I’m training hard and living the life right and I’m hungry for success now. I think this has fight of the year potential, it’s a battle of Manchester and it’s going to be something very special.”

“I went to the MEN Arena when I was younger and dreamt of being in massive fights in there,” said Crolla. “This is the biggest Manchester boxing derby there is and I am so excited to be in it. I was gutted not to box in Glasgow but it’s worked out fantastic, John and I have had lots of great sparring sessions and if they are anything to go by it will be a great fight.”