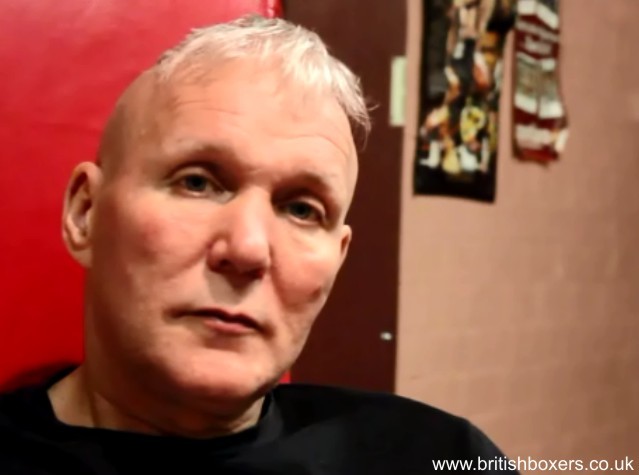 Ricky Burns suffered the agony of a broken jaw in his last fight, a draw with Raymundo Beltran in September, so he could be forgiven for wishing that his first bout back wasn’t against an undefeated, highly rated American mandatory challenger who has long held Scottish boxer’s WBO lightweight belt in his gaze.

Rather than easing himself back into the fray, Burns is coming back to a stiff test in Terence Crawford, and it could see him recapture top form according to a trainer who knows all about ushering a fighter back into the gym after a jaw fracture.

Bob Shannon watched Denton Vassell lose his Commonwealth title by seventh-round TKO against Frankie Gavin in June of last year.  Vassell dropped to 20-1 (10); he suffered a double fracture to his jaw in round four.  Despite the excruciating pain, Vassell tried to see the fight through only for Shannon to withdraw the fighter who has been with him ever since turning professional in 2006.

Shannon and Vassell can empathise with Burns, who had a titanium plate fitted to repair his damaged draw, but Shannon believes that the 30-year-old titlist will have tested his resolve throughout his sparring for the fight and expects him to box as if it never happened.

“[Burns’s trainer] Billy [Nelson] will have thought: ‘It’s happened, it’s healed, things break then heal up’, both Denton and Ricky have had time to heal,” said Shannon when speaking to BoxingScene about jaw injuries.

“Once the doctors have passed you, you’ve got no worries.  You just have to make sure it doesn’t happen again, keep your hands up and keep moving your head.  Like Ricky, Denton’s been sparring, he’s looking to get back in there in the mix now and we can’t wait to get back on track as it’s been a long time out for the pair of us.”

Fans feared the worst when they heard that Burns had suffered a broken jaw yet there have been plenty of jaw injuries in boxing throughout the years; fighters have overcome them time and time again.  In Shannon’s view, the worst thing you can do is surround yourself with people who remind you of it constantly.

“Denton’s never, ever mentioned it in the gym,” he said.  “The only time we really talked about it is when I saw him after the operation.  He said: ‘Don’t worry about my jaw, the doctor said it will get better and is strong’.  I’m glad we haven’t talked about it because he’s had the clearance from the medical people, so we’ve just thought about the positives.  The doctor said his jaw is as strong as ever.  We’ve not got any doubts about it.

“Denton has sparred, he didn’t come back and say he could feel anything different.  It’s like it never happened.  People talk a lot about this type of thing, but it’s like coming back from a bad cut, you just get on with it.

“If you kept asking the fighter if it is OK then it will seep into his mind.  They don’t want to hear: ‘Is your jaw alright?’ all the time.  They just think: ‘Yeah, of course it is’, so, as a trainer, you put it out of your mind.

“Muhammad Ali broke his jaw [against Ken Norton] then fought six-months later, just like Burns is.  It’s about how strong the person is mentally, Denton’s very strong mentally.  He wasn’t happy about the break, but he believes in his healing powers—the doctor’s couldn’t believe how strong it is.

“You can’t dwell on injuries.  They become a monkey on your back, then you become obsesses with it and it’s all you ever think about.  They’ve rested up and will fight another day. Champions rise to the occasion, which is what I expect from Ricky.”

Fighters are stringently tested after an injury like this.  Both Burns and Vassell will have been through a battery of tests.  Shannon’s perspective is that, once the fighter is in the gym, it is his job to get them fit.  He places his faith in the tests administered by the medical experts.

“You have to do a strength test, Denton’s jaw was strong and powerful, so he came through all the tests with flying colours,” he said.  “He’ll move on now, come back from it and not give anything away in fights from now on.”

Crawford has talked a good pre-fight, albeit with the air of a man who values his words so much he refuses to dish too many of them out; the Omaha-based challenger will be boosted by Burns’s recent lack of form.

Indeed, the champion looks like a man who has ran out his string, there was a distinct sense in recent fights that a defeat was looming large, but Shannon has seen this type of talk before and pointed to a recent example of a British challenger repealing an American title challenger.

“It is difficult when you’re world champion because you don’t want to go down a level,” he said.  “Ricky’s come back to a really tough fight, but he’s the champion and it’s not been too long out for him.  They’ve just got on with it.  I think Ricky will be very confident in his own strength and ability.

“Ricky is a real dogged and determined fighter, this will bring the best out of him.  He’s got good skills, a long reach and jab, which is what I like to see from him.  Sometimes the Scottish comes out in him, he stands and has a tear up, but there’s another side to him, one I hope we see on Saturday.

“If Ricky works the jab more, he can open Crawford up.  Ricky’s been hit, he’s won world titles, had hard fighters and has so much more experience.  Ricky and Denton both got hurt in their last fights, but it will make them bother better fighters.”

He added: “People get hyped up.  [Jeff] Lacy was the best thing since sliced bread—all he had to do was get in there to beat Calzaghe [in 2006].  Lacy came to my gym to work out before the fight, so did Joe, and you could see that Joe was relaxed, all smiles.  Lacy was wound up too tight.

“Well, Joe said Lacy had never seen anyone like him, and he was right, his class told and he won easily on points.  That was Joe’s defining fight, he was right up there that night and Burns has to be right up for this fight, just as Joe was for his.  I think we’re going to see the best of Burns.”

Burns echoed Shannon’s sentiments after weighing in at 9st 8lbs 4oz at earlier today.  “I don’t look at who is the favourite, that sort of thing doesn’t concern me,” he said.  Crawford tipped the scales at 9st 8lbs 6oz.

“I’ve been written off before, I’ve been the underdog in a few of my biggest fights and it brings out the best in me, and hopefully this is the same case.  I’m under no illusions; this is a very tough fight.  He’s an up and coming star in America, he’s 22-0 with 16 KOs, so we’re up against it, but fingers crossed it’s another one of these fights where I will rise to the occasion.”

Sky Sports 2 and HD2 televise from 8pm on Saturday night.