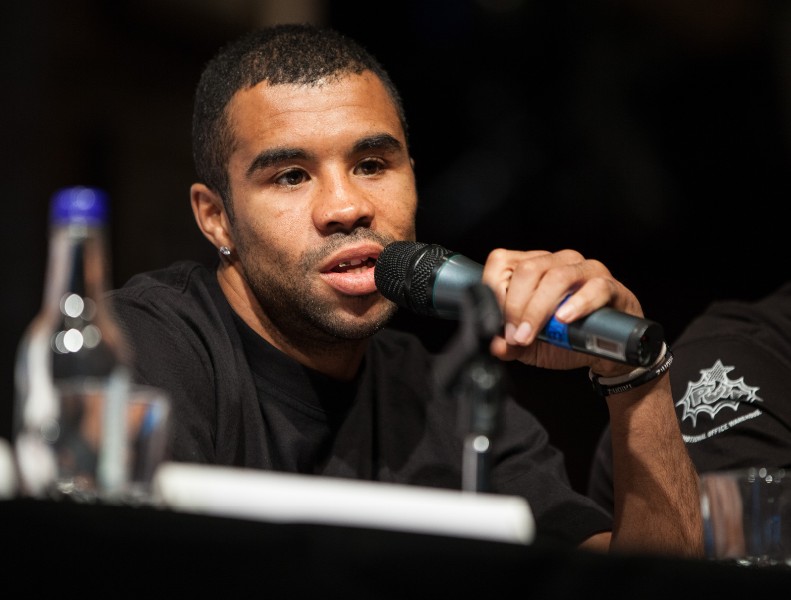 Munroe takes on Warrington for the Commonwealth title

Rendall Munroe will challenge Josh Warrington for the Commonwealth Featherweight title at the Phones 4u Arena in Manchester on April 19, live on Sky Sports.

Munroe tackled Lee Selby for the British and European titles in Cardiff in February, losing out to the Welsh stylist via a sixth round stoppage, and the 33 year old says that proving he still has a lot to give after t

“Every fight for me is a World title fight now because I still want to perform at that level,” said Munroe. “After what happened with Selby everyone is asking whether I have still got it so I have to go out and prove that I’m still here and here to win.hat fight is more than enough motivation to take the Commonwealth belt from the unbeaten Leeds fighter.

“I’ve brushed myself off and I am ready to come again. I thought it was disrespectful when people were asking after that fight if I was going to retire – at what point in that fight did it look like I needed to hang them up? Fair enough, he was winning the rounds, but at halfway that means nothing because it is a 12 round fight, and I will prove in Manchester that I’ve still got plenty of ambition left in me.”

Warrington claimed the title with a 12th round stoppage win over local favourite Samir Mouneimne in Hull in November, a bill that saw Munroe grab six rounds against Pavels Senkovs ahead of his meeting with Selby. Munroe was impressed with the 23 year old but he believes his experience at the top level will prove the difference on the night.

“I saw Josh win the belt in Hull and he’s a good kid, he boxed very well in hostile territory,” said Munroe. “He’ll be desperate to keep hold of that belt but he’s never fought anyone at my level and I’ve been in with much higher calibre opponents. But I will be approaching it like it’s a World title fight because every fight for me is just that, every fight is also a last fight for me.”

“This is a real cross roads fight with plenty on the line for both,” said promoter Eddie Hearn. “For Josh, it’s a chance to get a real foothold in the division after his impressive victory over Samir and for Rendall its really last chance saloon at title level. It’s a fascinating 50-50 fight on a great night of boxing in Manchester.”