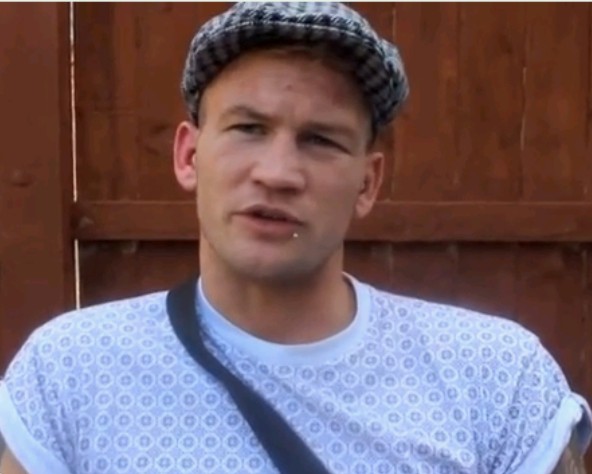 The Trial and Tribulation of Rockin Robin Deakin

Unjustness is not categorical and is best seen in terms of degrees, or as a cline. Individual experiences will determine attitudes and emotions regarding specific acts of injustice; where one particular instance will evoke outrage from a particular community or social group, for others it will seem trivial.

Injustice often surfaces in the sport of boxing and it is not prejudice, emerging from small-hall shows and the world stage and sometimes being involved with the politics outside of the ring. The unjust matter I will discuss here regards the British Boxing Board of Control retracting Robin Deakin’s boxing licence. To the majority of the general public this will likely mean very little but I am appealing to the boxing community, many of which have shown great support for Rockin Robin during these troubled times.

The BBBofC withdrew Deakin’s licence in 2012, arguing that they were concerned for his health. This was not based on any medical grounds and the action was taken only because of the fighter’s professional record. Robin began his professional career with promoter Frank Warren, making his debut in October 2006 at the York Hall where he took a points decision over four rounds, but last month he slumped to 51 consecutive defeats in a fight that was billed as a comeback after obtaining a German licence earlier in the year which allowed him to at least continue to make a living.

Deakin, who was born with a club foot and could not walk until he was six, has competed against some of Britain’s best; the calibre of opponents is impressive and includes Ryan Walsh, Kirk Goodings, Lewis Pettitt, Stephen Smith and Anthony Crolla. Out of the losses he has only been stopped twelve times but Deakin has never been truly hurt, having frequently been defeated by his own lack of fitness; he never turned down a fight and has always been an active boxer, competing in 16 professional contests through 2011, and often accepted challenges with only days notice.

Having had a successful amateur career, winning 40 out of 75 bouts, he is currently ranked 87/91 in the domestic light-welterweight division by Boxrec and he has been deemed ‘the worst boxer in Britain’, initiated by, according to Deakin, The Daily Mail and followed by other tabloids, which is nothing more than harsh mockery and disrespect from people who have likely never laced up a pair of boxing gloves themselves.

Deakin is far from the worst boxer in Britain but even if he was that is no justification for the BBBofC to prevent him from earning a living in the way that he chooses, after all he is in good health and as long as he is medically cleared then why should he have to fight on home soil using a foreign licence?

Motivated by his love of boxing, (and the bonus of earning a little money), Robin vows to continue boxing, crediting the sport with helping him to recover from the 60 odd operations he needed as a child. Although he has refrained from openly spitting verbal venom at the board for halting his career, realising that they are only doing their job, he has questioned their ethics regarding the sanctioning of his many fights in a short time span in relation to their ‘safety first’ argument for taking away his licence.

A little over a week ago Robin was interviewed by James Helder of IFL TV in which the fighter was completely open and honest for over a quarter of an hour regarding his current situation, displaying absolutely no reason as to why he should not hold a British boxing licence: he is clearly in good health and insists that he is fit; he can maintain a lengthy and articulate conversation, and he is undoubtedly heartbroken by the actions of the BBBofC. Deakin is not a deluded figure at all; he stated how regaining his British licence has been hindered by the loss of his last fight and he acknowledges that he is not a world champion in the making, stating that ‘You’re not the best singer but you don’t quit’, which I think nicely summarises his mentality.

Here is Deakin’s interview with IFL TV and watching him yourself will make a far greater impact than I can hope to achieve in a single article:

Robin concedes that through his career he took too many fights within such a short time but argues that he was pressured into taking them, and he also admits that his performances on fight night are frequently affected by his extreme nerves, for which he is currently seeking help with from a Harley Street professional.

In the final five or so minutes of the IFL TV interview Deakin speaks out over the consequences of having his British boxing licence retracted, and I challenge anybody from the boxing community to watch it without being moved. His sentiments on how he has lost everything, including his house and some friends, are touching and are a reminder of how lonely the sport of boxing can be. Absent any means of being able to earn money he was resigned to ‘sofa surf’ amongst friends due to being left homeless, expressing further that for many nights he was crying himself to sleep.

As I heard Robin speak of his troubles it is easy to be reminded of the little help that there is available for boxers outside of the ring. He could hardly be blamed if the situation had pushed him into a pit of depression but the brave face that he openly displays is highly commendable, insisting that as a fighter he will never give up.

Yesterday (17.04.2014) Deakin posted a Tweet commenting that he will resume serious training from Monday, possibly with former WBU welterweight champion Michael Jennings, and how he is set to reapply for his British boxing licence on the first Wednesday of June, and I for one could not wish him any more luck.

Another of Rockin Robin’s supporters, Jonny Mountford (@jonnymountain), took the time to establish a petition addressed to the BBBofC to have the fighter’s licence reinstated; currently there are close to a hundred signatures attached to the petition, including from reputable boxers including Stephen Smith, Tyler Goodjohn and Kirk Goodings, and I urge every reader to follow the link and please sign for Robin Deakin: