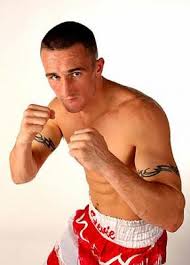 Williams to Return with Coldwell Boxing on May 24th

Wallasey’s Steve Williams makes his long-awaited return to the ring on May 24th at Deeside Leisure Centre when he takes the first step on the journey that he hopes will see him find a place in the upper echelon of the domestic light welterweight scene. With Dave Coldwell now part of Williams’ team in a managerial role, the former English champion at 10st is hoping that the head of Coldwell Boxing can deliver him the national glory that has twice evaded his capture.

Back in 2010, Williams travelled to London to face Lenny Daws who was British champion at the time. Despite a gutsy effort inside a roasting York Hall, Williams remained on his stool at the end of round 10, and could only take plaudits for bravery as a small consolation prize. Three years later, Williams got another shot at the Lonsdale crown but his efforts were thwarted by Bristol’s Darren Hamilton, who always seemed to be one step ahead throughout the contest. With a long break behind due to injury, Williams is raring to go and is eyeing title opportunities early into his comeback.

“After speaking with Dave, we both agree that I’m only two or three fights away from being back in title contention,” revealed Williams.

“Dave’s putting quite a few shows on so there’ll be no problem with me staying busy for the next couple of fights and then it’s all about getting a chance as soon as I can get one. I’ve had a couple of injuries over the last year so I’ve not had the chance to move on with my career but everything is in place now so I’m looking forward to getting back into the ring.”