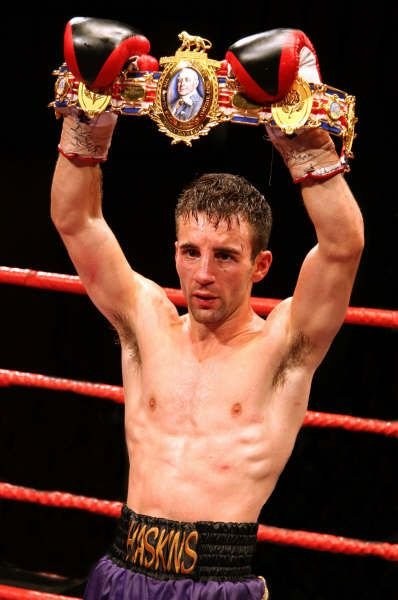 Dennis Hobson Promotions regret to announce that Bristol’s Lee Haskins will not now fight Sergio Perales in an IBF world bantamweight title eliminator after the American pulled out injured.

The pair were due to clash at Newcastle’s Metro Radio Arena on June 7, on the undercard of Stuart Hall’s IBF world title defence against Paul Butler. However, after the Texan injured a hand in training the contest has been forced off the bill.

“It’s disappointing,” explained promoter Dennis Hobson. “It’s a fight we were all looking forward to, and it would have been an excellent contest.

“Unfortunately though, Perales’ team have informed us of his injury and we haven’t been able to find a suitable replacement in time. Hopefully it’s a fight we can arrange again for a future show.

“The card is still top quality though. Hall versus Butler, Jon-Lewis Dickinson against Ovill Mckenzie, Bradley Saunders in his first title fight, and Dave Allen trading heavy blows with Larry Olubamiwo will all be great fights, and the rest of the card is shaping up into a fantastic evening of boxing.”