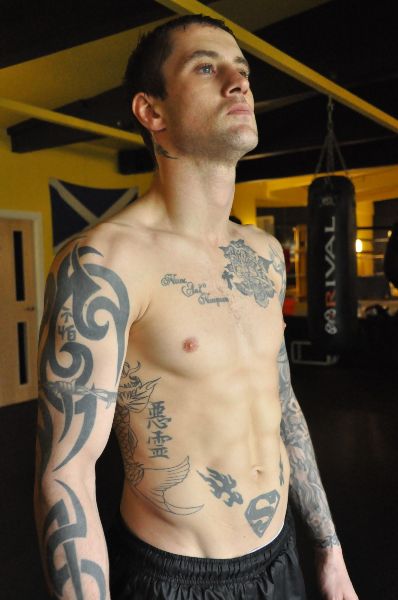 Ricky Burns says he is ready to begin a new chapter in his career as he prepares to take on unbeaten Dejan Zlaticanin for the WBC International Lightweight title at the Braehead Arena in Glasgow on Friday June 27, live on Sky Sports.

Burns’ near two year reign as the WBO champ ended in March when talented unbeaten Ohio star Terence Crawford claimed his title in Glasgow in the Rickster’s fifth defence. The 31 year old decided to freshen things up with a move down south to Sims, who guided Middleweight Darren Barker to a World title, and the Scotsman says he is reaping the benefits of shifting camps to Sims’ Essex base.

“I have a real spring in my step for June 27,” said Burns. “I had some great nights over the years but I felt after the Crawford fight that it was time for a change and I have definitely got a new lease of life down in Essex with Tony.

“I fly down on a Monday and work solidly Monday to Friday in the gym and hitting the road, then fly home on a Friday evening. Of course it is tough being away from home but it makes you work harder and gives you something to look forward too. You saw the effect that approach had on Carl Froch as he stayed away from his home comforts in Sheffield for the George Groves rematch, and I think you will see something like that in me on June 27.”

Sims trains Burns in Hainault and the Scotsman mixes in great company with old foe Kevin Mitchell and unbeaten former Team GB talent Martin J. Ward the two other Lightweights in the gym with Burns set to work with Olympic Gold medal star Luke Campbell MBE again in the build up to his showdown with Zlaticanin that he believes will get him right back into the World title mix.

“There’s top, top class sparring on tap at Tony’s gym,” said Burns. “I was sparring with Kevin in the build-up to his fight with Ghislain Maduma on the Froch vs. Groves bill and also with Martin who was a float on that card. Tomorrow (June 10) I start some more work with Luke which is fantastic as he’s an incredible talent.

“There are some huge fights out there for me. My last ten fights have been for World titles and I am at home in the elite so I want to get back there as soon as possible. Zlaticanin is unbeaten and will have ambitions of his own, but I want my next fight to be for a World title and I have to put on a great show to earn that.”

Burns’ clash with Zlaticanin is part of a huge night of action in Glasgow as Willie Limond defends his Commonwealth title against Curtis Woodhouse who puts his British crown on the line in the process.

Cruiserweight rivals Stephen Simmons and Wadi Camacho are set for their grudge match with the Edinburgh man’s WBC International Silver belt on the line, Jon Slowey faces Kris Hughes for the vacant Celtic Featherweight title, unbeaten Lightweight star Scotty Cardle is set for a step-up fight and there is action for unbeaten Scottish talents David Brophy and Michael Roberts.

VIP tickets priced at £200 are available exclusively from Matchroom Boxing on 01277 359900 and at www.matchroomboxing.com