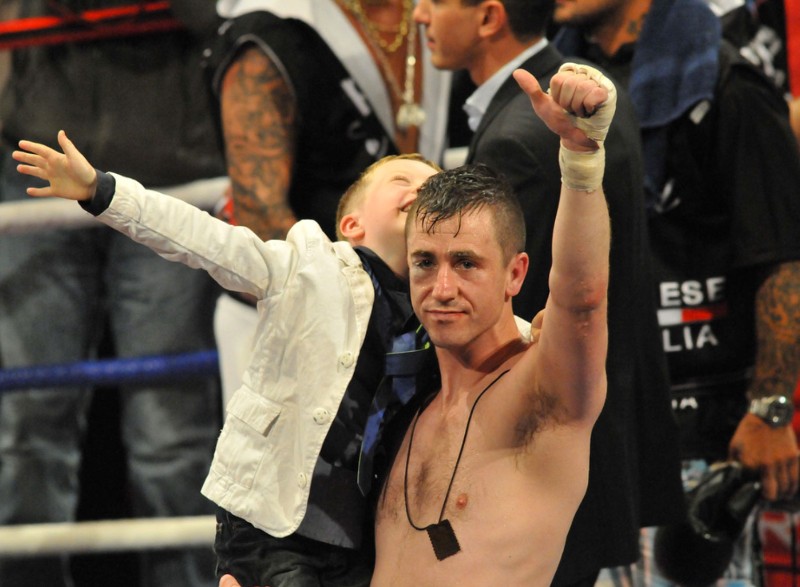 Paul McCloskey retires – “You’ve got to know when to walk away.” 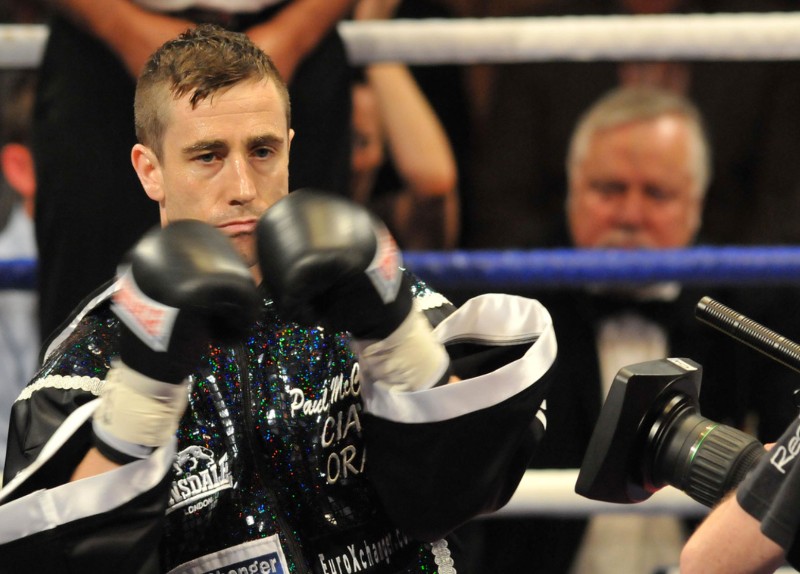 The popular Northern Irish boxer was a stella amateur, learning his trade at St. Canices ABC and as as a vested competitor was three-time Irish champion and five-time senior Ulster champion.

Known by the ring nickname of ‘Dudey’- McCloskey turned professional in 2005, winning his first fight via a 3rd round TKO over David Kehoe at the Ulster Hall.

The popular boxer went on to remain unbeaten in the pros and by 2010 had amassed a record of 22-0. Along the way his slick but tough southpaw skills won him an army of fans, while he was cut his way through the light-welterweight division and he was soon to become an headline act.

On 8 December 2007 at Kings Hall in Belfast, he stopped Bulgarian Toncho Tonchev in 4-rounds to take his first belt the vacant IBF international junior welterweight title.

Wins over Manuel Garnica, Cezar Bazan and Nigel Wright followed in 2008 before took on Colin Lynes in December for the vacant British title in Dagenham.

McCloskey was due to fight on the undercard that night but stepped in as a replacement to take on Lonsdale belt holder Lynes and pulled off a great victory, taking the belt off Lynes after the champion retired after the 9th round.

McCloskey continued his success in 2009 with a successful defence of his title against Dean Harrison in Widnes in March. ‘Dudey’ floored the challenger in the opening round but the Wolverhampton man managed to get through to the fourth round before the referee stopped the contest, giving McCloskey his 19th win as a pro.

The southpaw raised his profile further in his next contest when he took on Spain’s Daniel Rasilla for the vacant European title in Magherafelt in County Derry. McCloskey eased through the gears before troubling Rasilla in the fifth round and finishing the job in the ninth, flooring the Spaniard with a right before ending the contest with a left.

McCloskey defended his European belt twice in 2010; knocking out Giuseppe Lauri in 11 rounds in June at Kings Hall before a seventh round stoppage of Scotland’s Barry Morrison in County Donegal in October took his record to 22-0 and set him up for a shot at Amir Khan’s WBA World light-welterweight title. The Irishman brought more than 4000 fans over to the main land to take on hotshot Khan at the Manchester Arena. But the massive bout ended early in controversial circumstances and McCloskey’s world title dream was over. He had suffered a cut by the left eye which afterwards needed seven stitches. The cut happened following an accidental clash of heads in the 6th round and the bout is waved off after a doctors inspection. It was a bad cut but McCloskey was in the fight and was unlucky to not be given another couple of rounds to try and turn the fight but it wasnt to be.

McCloskey returned, and scored an impressive victory over former Khan conqueror Bredis Prescott and there was talk of World titles, a rematch with Khan and other names like Marcos Maidana were mentioned by then promoter Eddie Hearn but the boxer suffered another setback when he was stopped by American DeMarcus Corley in the 10th round at the Kings Hall in May 2012.

He came back four months later to capture the vacant WBA Inter-Continental light welterweight title outpointing Manuel Perez at the Odyssey Arena in Belfast. After seeing fights fall through after that and injury woes we didn’t see Dudey for over a year until December 2013, it was to be McCloskey’s last fight. He went in with Derby’s Dave Ryan, but despite dropping Ryan in the 4th with a body shot, McCloskey was outworked over 8 rounds in Leeds and admitted afterwards that the loss left him with little options.

“That (loss) has been a big hindrance to my career,” McCloskey had told the Donegal News. “There is very little on the horizon so I don’t really know what’s going to happen.

“They were onto me straight away after that fight and told me that I’d lost my status. I got in touch with the British Boxing Board of Control and asked them what happened. I felt I won the fight, but I didn’t get the decision. There isn’t too much help coming my way and I’m sort of in no-man’s land.”

It wasn’t the way Dudey fans wanted to see him go out on the back of a loss and it’s sure neither did Paul but it must have been hard for him to finally make that decision stick to it and make it public after giving so much to the sport from a young age. McCloskey was a world class boxer who can retire proud of his achievements, thanks for the memories.

“I wish I was superman but I can’t fight forever,” McCloskey said regarding his recent retirement from the sport.

“It’s been unbelievably hard to do but you’ve got to know when to walk away.” he added