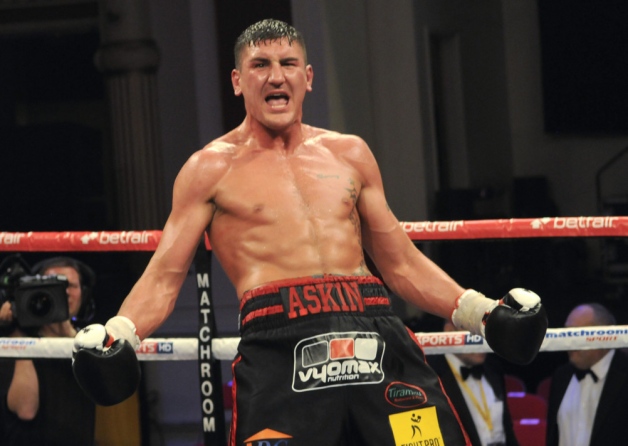 Askin: “I will rip the titles from McKenzie”

The 25-year-old steps up to his biggest challenge yet against McKenzie who’s had a career resurgence since moving up to cruiserweight from light-heavy, with stunning knock-out wins over Tony Conquest and Jon-Lewis Dickinson in his last two fights.

But Askin, who’s stopped ten of his 17 wins, is relishing the test and says he can raise his game to another level to claim the titles.

“I can’t take nothing away from McKenzie, he’s a tremendous warrior and I’m going to have to produce one hell of a performance to beat him, but I know I can do it,” Said Askin (pic above).

“McKenzie’s had great career at light-heavyweight with wars against Enzo Maccarinelli and Tony Bellew and recently he’s found a new lease of life at cruiserweight with knockouts of Conquest and Dickinson, now it’s my time for me to prove that I’m the best,”

“I’ve waited for the opportunity to fight for the British and Commonwealth titles for a long time and now I’ve got it so it’s down to me to take it to McKenzie and rip the titles from him,”

“I need the big test to push me to the next level and McKenzie will make me do that.  It’s going to be an exciting fight for the fans and with so many other great fights on the show, I’ll be looking to make my mark with a top performance.”

Are you a Ring Card Girl? Do You Want to be? – Add your profile pic and bio here