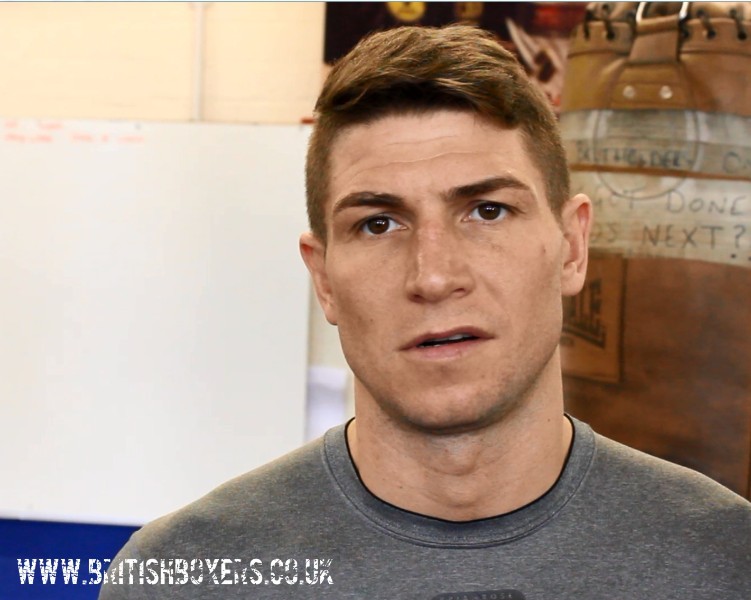 Brian ‘The Lion’ Rose has not let his world title defeat deter him from continuing his career, it has only made him more determined to become a world champion and he has promised it will happen before he retires from boxing.

Rose, 29, a Lonsdale belt holder at light-middleweight went over to Brooklyn New York to take on unbeaten American Demetrius Andrade for his WBO world title in June. It was Rose’s big chance after dominating domestically and he admits to freezing on the night. It is all an experience that he is regretful of but one he will use to inspire his next assault to the top of the boxing world again.

In our interview with ‘The Lion’ at Bobby Rimmer’s Gym in Manchester, Rose (25-2-1, 7KOs) opens up about the Andrade fight and his future in the sport. Brian took a bit of stick after the fight from some quarters and he admits himself that he blew his chance on the big stage but he only has himself to blame and makes no excuses.

“I do regret my performance I believe I’m so much better than that,” Rose told www.britishboxers.co.uk

“There is so much more I can give, I picked up the experience but I regret my performance I just totally froze on the night.”

“I had sacrificed so much to get there and I went over believing I could do it, there was no doubt in my mind until I got in the ring and I cannot explain it I totally lost my confidence when I got in there.

“No one ever thought I’d win a British title but I did and I am determined to come back better for it.

“I really believe I will one day be a world champion and I hope people laugh and say nah he ain’t gona win a world title, because I was used to that when I was challenging for a British title.

“So I hope people write me off because I like proving them wrong.” Rose added.

Rose will be back in the ring again on October 4th when he will take on Argentine Juan Manuel Bonanni (24-6-3, 9KOs) at the First Direct Arena, where he promises to get back on the International title trail.

“I will get to that level again if it takes me three or four times of trying I will win a world title by the end of my career I can promise you that.”

Watch the full interview with Brian Rose on the video above.

Coming soon, coach Bobby Rimmer talks about the fight and their experiences in America.

Highlights of Rose’s fight with Andrade