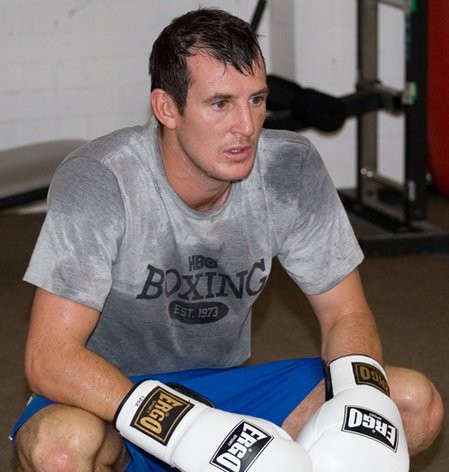 The 31-year-old has his first fight since defeating Martin Gethin in May to become a two-time British Lightweight Champion.  Mathews perforated his eardrum in the fight and was unable to defend his title against Terry Flanagan so vacated the title to allow Gethin and Flanagan to contest it.

‘Dirty’ Derry (pic above) is now desperate to get back into the ring and produce a stunning performance against Dingsdale to claim a championship belt and then continue towards his dream of challenging for a world title.

Dingsdale (pic below, left) has only one loss on his record to the Irishman Stephen Ormond – who defeated Mathews on points last year – and is coming off two back-to-back wins over Kristian Dochev and Floyd Moore this year. 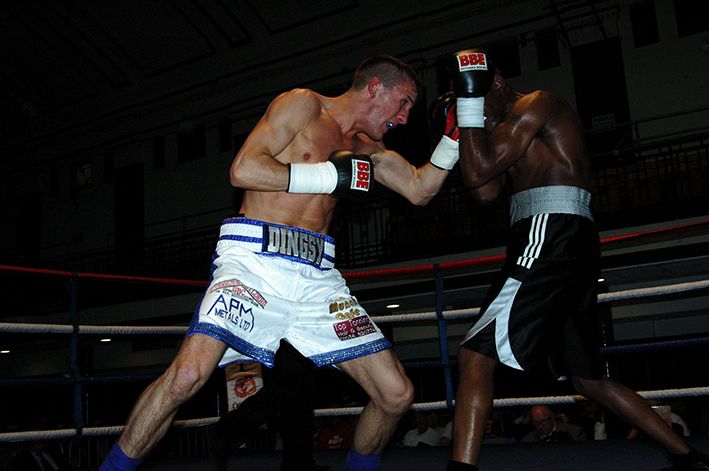 Mathew’s is raring to put on a good show in front of his home fans.

“Dingsdale is a good fighter, he comes from a good stable, he’s got a good coach and he’ll be looking to cause an upset in my hometown,” Said Mathews.

“I can’t and won’t let that happen.  Any losses now would be devastating to my career and with me looking to fight for a world title in the next few fights I need to prove that I deserve a world title shot by destroying Dingsdale,”

“If I can’t beat Dingsdale, where do I go?  The pressure is on me to do a good job on him because my future and career is on the line,”

“He gave Ormond a good run, I believe that if I met Ormond again I’d beat him, but that’s another story, I reckon I could stop Dingsdale which would be a great result as he hasn’t been stopped yet.”