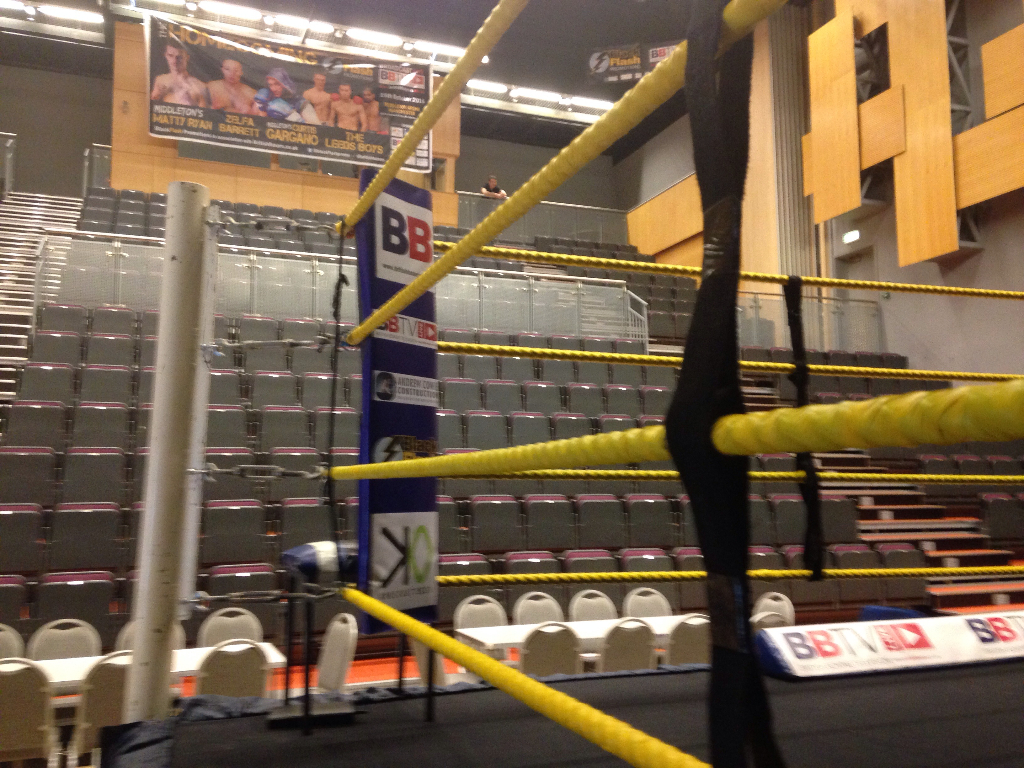 On Saturday night together with Pat Barrett and Black Flash Promotions, we (www.britishboxers.co.uk) staged our first professional boxing event ‘The Homecoming Featuring the Next Generation.’ on a show governed by the BBBof C ,at the fantastic Middleton Arena in Manchester.

The event was broadcast Live and Free to viewers on our TV Platform BBTV and it was a resounding success for our inaugural show.

Chief support was bestowed to a boxer making his debut; not your usual chief support but Zelfa ‘The Brown Flash’ Barrett, nephew of his trainer the former British and European champion Pat ‘Black Flash’ Barrett, is a prospect of real promise and already has a big following who followed him around the amateurs and he is now ready to explode into the pro ranks. Barrett was up against the experienced durable  Kristian Leight, who coming in had 203 fights under his belt. See how Zelfa got on.

Curtis Gargano, local Middleton light-heavyweight was in action in his home town and brought a good crowd over the road to the arena to see him perform.

Also on the bill were ‘The Leeds’ Boys; Justin Newell, the International Masters light-welterweight champion, and gym mates Reece Cunningham and the self proclaimed ‘magic Man; after his boxing hero Paulie Malignaggi, the ultra talented switch hitting Zahir Hussain, another boxer with a bright future ahead of him.

In addition to the boxing matches, prior to the action getting underway, ringside patrons were eating their complementary Caribbean Buffett, courtesy of Sunrise Caribbean Restaurant and Takeaway, and were treated to a pad work session from four time National champion in three different weight categories and two time European medallist Laura ‘Cyclone’ Kelly who puts on a slick array of her fast punching combinations with her Father and trainer Scott Kelly. The ‘Cyclone’ is set to turn over pro next year and we hope to feature her fights on our future shows.

Commentating tonight on the fights from ringside and going out live on BBTV, we were delighted to put together the perfect team in Barkery Jammeh, Jamie Albrecth and joining them former WBC super-middleweight world champion and Olympic Bronze medallist Robin Reid to do the show commentary, while Terry Dooley took on the role of post fight ringside interviews with the winning boxers on the night.

All in all we hope everyone who attended had a great time, enjoyed the food and most of all witnessed a good night of professional boxing action.

Above is the full fight show video from beginning to the end of the night in its entirety. We also feature in-depth pre fight interviews with the ringside ccommentators who discuss the Black Flash Promoted show with Reid and an insight into the boxers featuring on the card.

The individual fights will be uploaded separately next week to our channel, but if you want to witness a good atmospheric boxing show, then take a look at our Exclusive coverage full coverage above,

Thank you to everyone who came to the show and all those who watch the Live Stream on BBTV.

See you next time, in the mean time British Boxers will continue to bring you British Boxing News from the UK scene, while we await confirmation of our next boxing show and live broadcast.