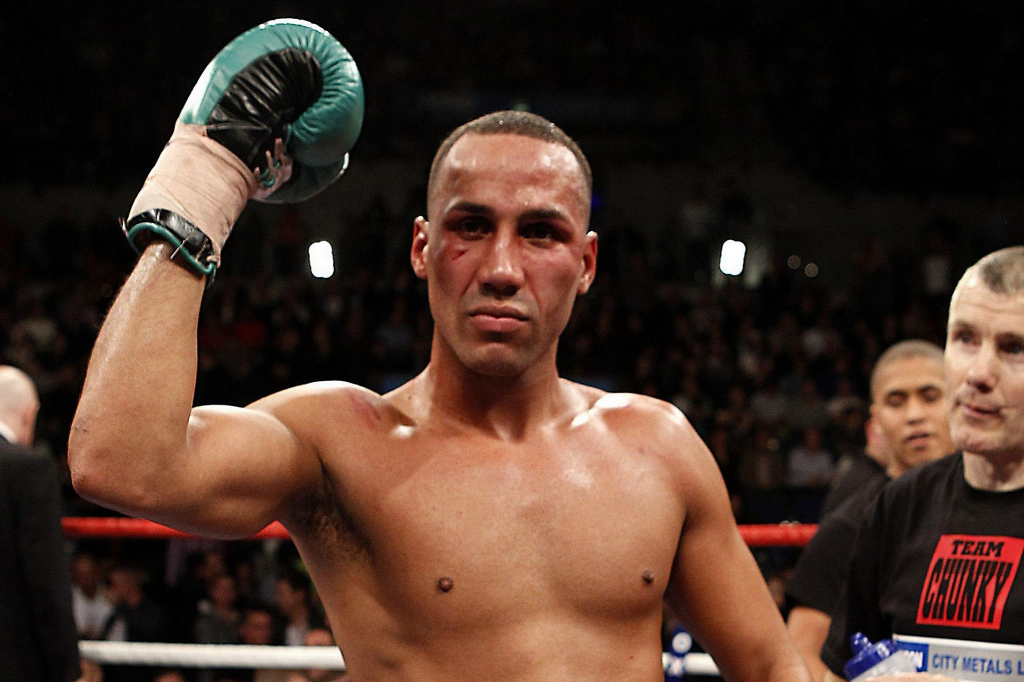 Super middleweight contender, James DeGale has signed his side of the contract to face IBF and WBA world champion Carl Froch, at London’s O2 Arena on January 31st. – According to DeGale’s advisor Ambrose Mendy, an offer of £4 million has also been guaranteed to Froch for the January date.

DeGale is not the only British super middleweight with their eyes set on The Cobra. Speaking to Sky Sports News, George Groves stated that he believes securing a world title could be enough to lure The Cobra into a third showdown.

“Sooner rather than later, I want to be a world champion, and I think that would be enough to lure Carl Froch into the ring” said the ‘Saint’. – “He certainly hates me, he talks about 2-0, but he knows the first fight was a farce and the second fight he was losing, before landing a wonder punch”.

Groves who became mandatory challenger for Anthony Dirrell’s WBC title when he defeated Christopher Rebrasse last month for the European crown is set to fight again before the end of the year has he rebuilds his path back to a world title shot with Dirrell, the Saint’s promoter Sauerland Brothers revealed on Twitter Groves.

@StGeorgeGroves will definitely be out again this year before the Dirrell fight in the spring. News in the next 7-10days. #ReturnOfTheSaint

Liverpool heavyweight David Price, has told iFL TV that he expects to be back in the ring in December, with the 6th or 13th a likely possibility. Having just recovered from hand surgery, Price revealed that the contest will be more of a tune up, before looking to land a big name early 2015. more from iFLTV here

Price, 31, who suffered back to back defeats to American Tony Thompson has since had 3 wins on the bounce and says a fight against Joshua in the new year would be explosive!.

“I’m not this durable fighter, who comes in to get rounds in. I’ll be going in to take his head off his shoulders type of thing, without sounding too manic.” Price told Sky Sports.

“I’ll be going out with the same intentions as Anthony Joshua. It will be like an explosive fight. But as far as getting rounds in, he’s not going to get tested until he does step up.” read more here.

Ellesmere Port hero Paul Butler gave onlookers a display of his talents during a public workout at the Port Arcades Shopping Centre on Saturday, in preparation for his top of the bill appearance at the Echo Arena on the 25th October. Originally scheduled to face IBF super flyweight champion Zolani Tete, Butler will now face off with Mexican Ismael Garnica, after Tete withdrew due to a fractured hand.

“A lot of people don’t get to see the training side of things, as it’s behind closed doors and they only see you on fight night. So it’s fantastic to give the fans something extra and put on a bit of a show for them”, said Butler.

Also at the public workout was fellow Ellesmere Port talent Matty Fagan, who is also set to feature on The Magnificent Seven show. read more on this story

British boxing legend and Boxing Hall of Fame Inductee Joe Calzaghe will be honored during the 27th Annual WBO Convention, to be held from October 27-31 at the Caesar’s Palace Las Vegas Hotel & Casino in America. WBO president Francisco “Paco” Valcarcel announced that this year’s event is dedicated to Calzaghe and another ring great Oscar de la Hoya. “The WBO is honored to dedicate this 27th Annual Convention to these two boxing immortals, proud WBO champions Joe Calzaghe and Oscar de la Hoya, both always loyal to this organization throughout their careers, and clearly two of the best fighters in their generation and in all of history and current Members of the International Boxing Hall of Fame,” said Valcarcel.

News coming from Australia that former British heavyweight champion Joe Bugner, who shared the ring with Henry Cooper, Muhammad Ali and Joe Frazier and in later years Frank Bruno, has suffered an heart attack and is recovering in hospital in Queensland. We would like to wish him a speedy recovery!

Bugner issued a statement: “I’m not about to hang my gloves up. I’m 64 but there’s still a few years left in me yet. I’ve just got to be careful with what I eat and drink. Any heart attack is serious but I’m not about to give up on my life.”

According to coach Peter Fury, Tyson Fury vs Dereck Chisora II is yet a done deal, revealing in an interview with The Fight Guru that a contract hasn’t been signed despite the fight being officially announced by promoter Frank Warren. Here is the video.

It was very sad to hear that Hughie Fury Snr. had passed away this weekend. The uncle of Tyson Fury used to train his nephew and continued to train his own lads. He was a real boxing man and will be missed by those who knew him. Our condolences to the Fury family at this time. RIP Hughie.

O2 Arena: Lee Selby stopped unbeaten Australian Joel Brunker in the 9th round on Saturday night at the O2 Arena in London, to set up a shot at the IBF world featherweight title. The Barry featherweight a WBC International champion, now stands on the brink of a world title fight next year – read more on Selby’s win here…