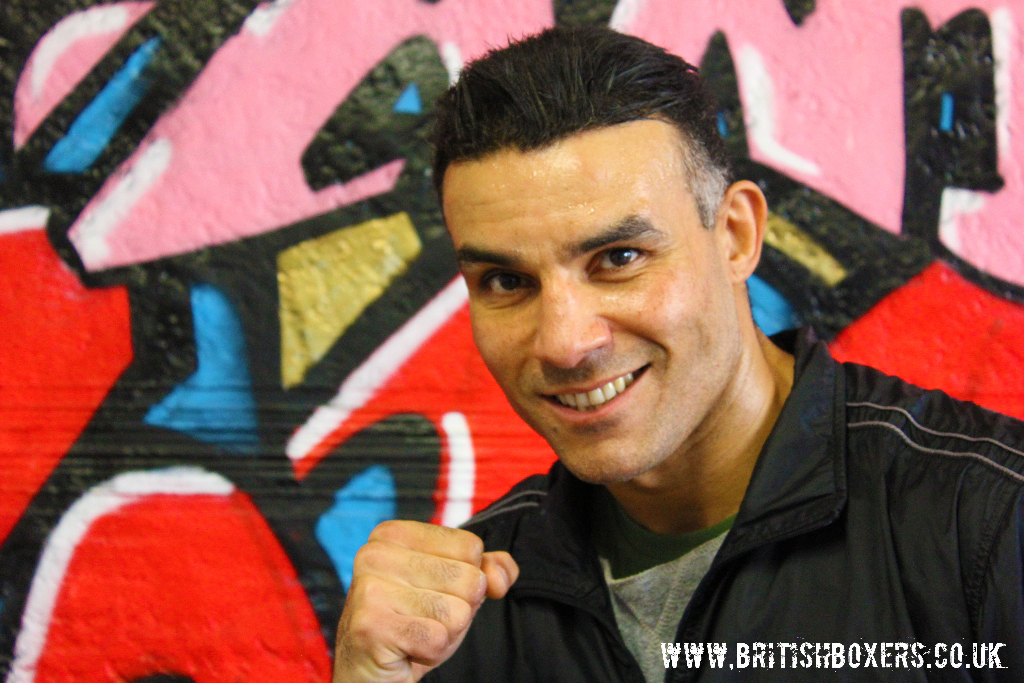 No rematch for Paul Smith

The WBO have confirmed that they will not order a rematch between Paul Smith and Arthur Abraham following the controversial scorecards in their recent bout. Smith will however keep his top 5 ranking with the organisation.
.

Campbell back in-front of the Hull faithful again!

Luke Campbell MBE says he is firing on all cylinders ahead of his big step up in class against Daniel Brizuela at the Ice Arena in Hull on October 25. Campbell faces the tough Argentine in only his 9th pro contest, yet he is extremely confident leading into the bout.  “I don’t care about his fight with Tommy, I am going to beat him convincingly,” said Campbell. “It’s my first real test and everyone is saying that it’s going to be a great fight, but whoever is put in front of me is going to get beaten.” read more on Campbell’s fight here
.

Rising Welsh prospect Liam ‘The Machine’ Williams has stated that he wouldn’t hesitate in accepting a clash with British champion Liam “Beefy” Smith.  Williams, a former six time British amateur champion, dazzled fans and plaudits alike in his recent performance over Ronnie Heffron, and the 22 year old is more than confident that a bout with Smith would end in similar fashion.  “I’ve the utmost respect for Liam, a very good champion, who can apply a lot of pressure and wears opponents down with his body punching. But I believe I’m just as good, just not as experienced. If the match was offered tomorrow, I’d not hesitate to take it and I’d expect to win. He’s quite static and easy to hit, there for the taking. I’d pick him off.” read more on this story here
.

Chris Eubank Jr got important short issues to sort out before his fight Next Saturday night! – Can anyone help?

What colour shorts should I wear for my fight on 25 Oct at the Echo Arena in Liverpool, live on BoxNation. White, Grey or Green? #TeamEubank — Chris Eubank Jr (@ChrisEubankJr) October 18, 2014

Light heavyweight Travis Dickinson has been made to wait for a shot at redemption, but on November 8th at Glow, Bluewater, the 26 year old English champion will get the chance to gain revenge on British Champion Bob Ajisafe, in the MaxiNutrition knockout tournament final.  “I’ve improved a lot as a fighter since that first fight with Ajisafe,” Dickinson said of his 10-round decision loss in December 2012. “I looked at that fight, saw what I had done wrong and basically realised I boxed absolutely terribly. It will be a different fight this time round, though.”
“That one defeat changed me a lot. I was getting used to winning all the time before that and I took it for granted. When Ajisafe beat me, I realised it wasn’t always going to be that way and that I had to improve, change certain things and step my game up. Now I’m a much better fighter. Now I’m not bothered about that defeat. Revenge is the main driving force for me right now,” said Dickinson, 17-1 (7 KOs). “I really, really want to beat Ajisafe and erase that defeat from my record.”
.

It is looking more and more likley that Nottingham’s Carl Froch will vacate his IBF world title and seek a shot at Julio Cesar Chavez Jr, rather than face mandatory challenger for the belt fellow Brit, James DeGale. Froch is adament he wants to fight in Las Vegas before he retires and says DeGale isnt a big enough name! “DeGale doesn’t make any financial or business sense for me, my promoter or the TV broadcasters.” said Froch. ” “His (DeGales) promoter is almost begging me to take the fight but he’s not a big enough name. He has not beaten anyone to justify being in the ring with me. He lost to George Groves. I flattened Groves and it would be even easier to flatten DeGale.’ And on the subject of the IBF belt, I’m happy to vacate the IBF belt. This is about me pursuing a dream of boxing in Las Vegas. I don’t want to retire without having fought in the fight capital of the world.” Froch added. DeGale will fight for the vacant belt against another ranked super-middleweight should Froch relinquish the belt. The Cobra would still hold the WBA version.
.

But Meanwhile….. Chavez: Not heard from Froch?

The on/off potential showdown between Carl Froch and Julio Cesar Chavez Jr has yet again took another turn, this time with the Mexican insisting that no talks whatsoever have happened with him and also claiming Top Rank are lying if they say they have.
.

Tommy Coyle looking forward to his fight with Michael Katsidis in Hull Next weekend!

This time next week I will be sat in my dressing room ahead of what I can only imagine is gonna be another WAR. 1 WEEK TONIGHT GUYS!! — Tommy Coyle (@TommyCoyle89) October 18, 2014

Robin Reid to be Guest Commentator on BBTV

Former world super-middleweight champion Robin Reid (pictured above) will be a guest commentator on BBTV next Saturday night (Oct 25th) when we broadcast LIVE the first Pat Barrett, Black Flash Promotion Show ‘The Homecoming’ at the Middleton Arena in Manchester. Leading the commentating team will be Barkery Jammeh former presenter of the Main Event Boxing Show, who will be joined by boxing analyst Jamie Albrecht, with expert opinion from Reid. More details on this event and broadcasting details.
.
[sam id=”10″ codes=”true”]
.