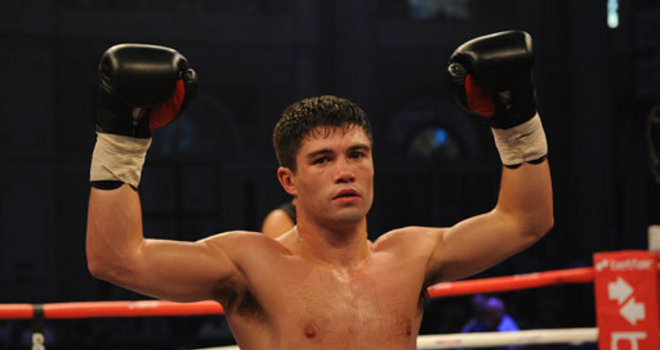 Onwards and Upwards for Ryder

John ‘The Gorilla’ Ryder continued his progression through the middleweight ranks on Saturday night with a 5th round stoppage win over Ghana’s Theopuilus Tetteh at the O2 Arena, London.

The Islington man was originally scheduled to face the tough Sergey Khomitsky in a big step up in class, but the Belarusian was forced to withdraw after promoter Frank Warren still had options on the fighter following his win over Frank Buglioni.

Tetteh was called in at just a weeks notice for the bout, and from the opening bell, it was clear to see that Ryder had far too much for him. Bullying his man around the ring, Ryder was simply too big and too powerful for the overmatched Tetteh, and referee Richie Davies called a halt to proceedings with four seconds remaining of the 5th round.

Ryder’s victory gives him a platform to build on, with a top 15 ranking with the WBA now also secured. Speaking to Ed Robinson in his post fight interview, Ryder said, “I just want to keep progressing, and get further up there in the rankings. This is what boxings all about, winning titles”

pic above: John Ryder by leighdawneyphotography.com