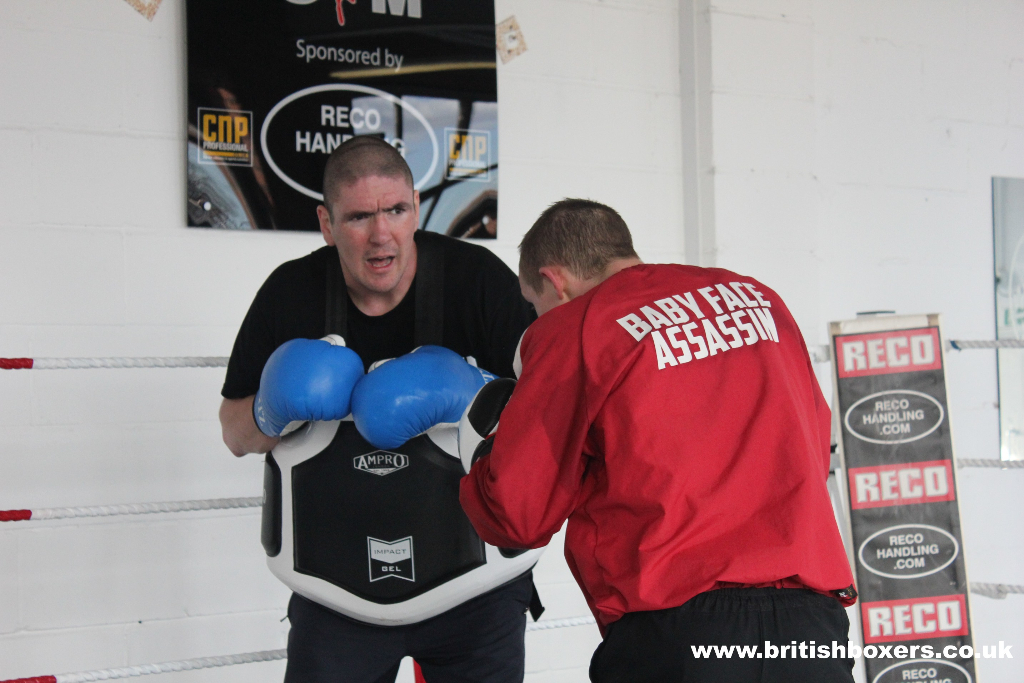 Ellesmere Port hero Paul Butler put on an action-packed display for shoppers at the Port Arcades Shopping Centre today as he builds towards his star appearance on the big Echo Arena show in Liverpool on Saturday 25th October.

The 25-year-old sensation was due to fight IBF World Super-Flyweight Champion Zolani Tete on the show, but the South African was forced out of the fight when he fractured his hand, and now Butler will face Garnica over ten rounds at super-flyweight.

Despite the change of opponent, Butler is still focused and determined to put on a devastating performance and knows that a win is crucial against the teak-tough Mexican as he keeps busy before his contracted fight against Tete is rescheduled.

And he showed his loyal hometown fans at today’s packed public-workout just what he intends to do to Garnica as he went through a hard-hitting session on the hand pads and body belt with renown trainer Anthony Farnell.

# src=”//platform.twitter.com/widgets.js” async=”” charset=”utf-8″>“I’d like to thank the fans for coming out to support me today at the Port Arcades Shopping Centre and it was great to meet with my fans who have followed me throughout my career and also meet new fans made today who now want to come and watch me fight,” Said Butler. “A lot of people don’t see the training side of things because it’s behind closed doors and they only see you on fight night, so it’s fantastic to give the fans something extra for free and put on a bit of show for them,” Said Butler.

“I’m looking forward to seeing them at the Echo Arena on Saturday 25th October when I face Garnica which will be an exciting fight,” “Just because it’s not Tete for the World title doesn’t mean that I’m taking my foot off the gas.  I will prepare even harder for Garnica as he’s a potential banana-skin for my fight against Tete.  I can’t overlook him, or my world title fight is gone,”

“He likes to come forward and put pressure on and he’ll be rock-hard like all Mexican fighters are, but I’ll be I’ll be one-hundred focused on Garnica and plan on showing my class by doing a top job on him,” Also working-out today at the Port Arcades were unbeaten Ellesmere Port talent Matty Fagan who boxes on the show in a six-round bantamweight contest, plus future boxing stars from the Wirral Amateur Boxing Club.