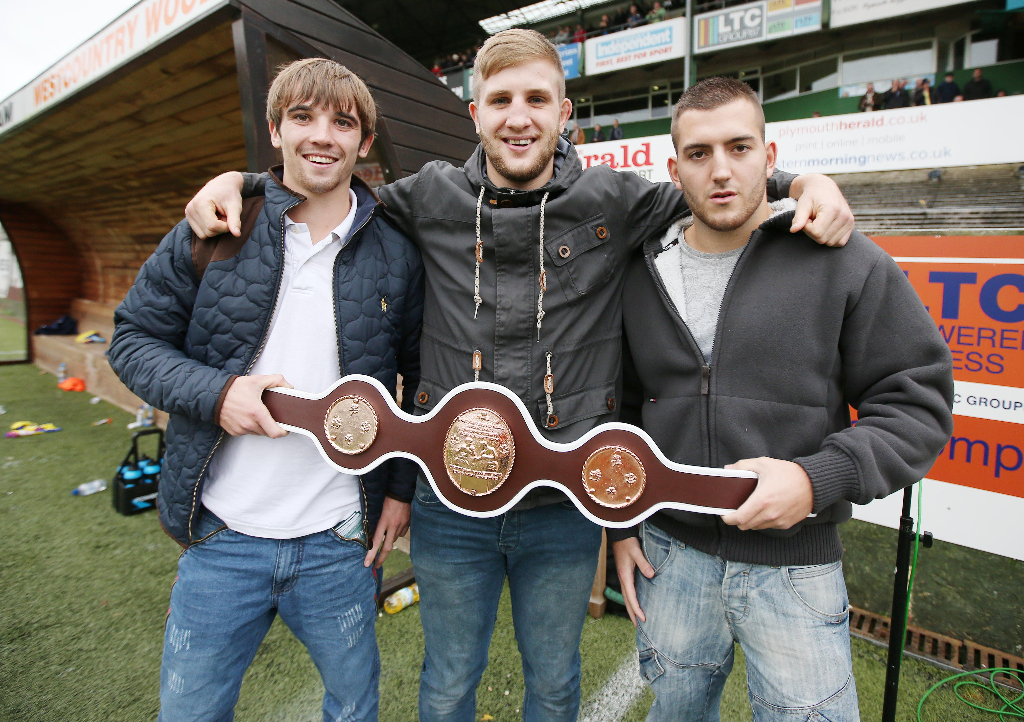 Plymouth Cruiserweight, Courtney Richards, cannot wait to top the bill in his hometown on Sunday afternoon.

The 21 year-old takes on well-travelled Lithuanian, Igoris Borucha, at the Plymouth Guildhall at the top of ‘Best Of Devon 2’ boxing show.

After a busy few weeks, which have seen him face unbeaten prospect Paul Drago and WBC International Silver Champion, Stephen Simmonds, Richards is looking forward to fighting in front of his home crowd.

“I’m over the moon that boxing is back in Plymouth,” he told www.uko-boxing.com. “I’m looking forward to having the home support and I’m ready to put on a great show for the fans.

“Because I’ve been busy fighting every few weeks, I’m in good shape. The draw with Drago was an absolutely terrible decision. I beat the bloke up for four rounds. He landed a few jabs and thinks that deserved the win. He’s just another protected fighter who won’t go anywhere once he steps up.

“Simmonds was a huge step up for me and for the first few rounds I mixed it up well but he’s an excellent fighter. His strength was unreal and he deserved the win. Fair play to him, he’s a good boxer and a good guy. It was a great fight and can’t wait to fight at that level again.”

Richards, who paraded his British Bronze Masters belt at Plymouth Argyle FC on Saturday in the build-up to his clash with Borucha (see attached picture), believes that fighting the likes of Simmonds can only bode well for the future.

At just 21, the likeable cruiserweight is learning on the job after a relatively short amateur career of just 12 bouts. As he finds his feet, he is convinced that his future lies a weight division or two below.

“In the last few weeks I have mixed it with someone who has been around the world on the amateur scene and boxed in the Commonwealth Games and someone who is widely regarded as one of the best cruiserweights in Britain.

“I’m only one year into my professional career and I think because I’m so active people forget that.

“I’ve decided that cruiserweight isn’t the way forward and I plan on bringing the weight down to light heavyweight, possibly even super middleweight. I have an excellent strength and conditioning coach in Ben Hardie and I think I will be a real force at either of those weights.

“However, that’s in the future. Right now I’m just concentrating on Sunday. I’ve watched a few of Borucha’s fights. He’s a tough bloke who hasn’t been stopped by punches. He’s only ever been stopped due to cuts so he’s a very hard opponent to get out of there. I’ll pay him the utmost respect but I’m confident of getting the win.”