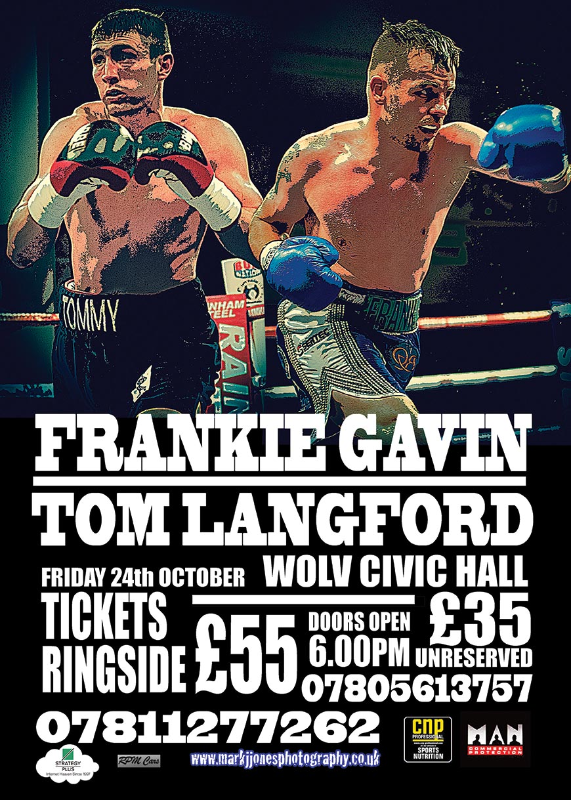 Hall Green Boxing Club in the heart of the West Midlands scooped up three of the prizes on offer in the Midlands Boxing Awards 2014 with coach – Tom Chaney, boxing manager and cutsman – Jon Pegg and boxer – Frankie Gavin all sharing the spoils.

Head coach, Tom Chaney of the Hall Green Boxing Club in Tyseley, Birmingham won the Boxing and the Community Award with Jon Pegg acquiring the Services to Boxing Award.

As well as those honours, Langford’s sparring partner, Frankie Gavin picked up the Midlands Boxer of the Year Award for the second year running. The current British and Commonwealth welterweight champion tweeted, “Buzzing to hear I just won Midland Boxer of the Year again, absolutely buzzing. Sorry I couldn’t be there but got a job in hand next Friday.”

Tommy Langford praised his award-winning team by stating, “I’m very proud to be part of such a successful gym, it’s nice to see my trainer, Tom getting recognised for the sport and the community work that he does because he does a lot of good work for the local area.

My manager, Jon Pegg is massive for the sport, he’s absolutely great so I’m pleased to see him pick up that award for his good work.

As for Frankie, you can’t really question that he is the best boxer in the Midlands and winning it two years in a row is a great achievement. Hopefully, one day, I’ll be picking up these awards!”

Frankie Gavin and teammate, Tommy Langford share the stage this Friday at Wolverhampton Civic Hall and will be shown live and exclusive on BoxNation (Sky Ch. 437/HD 490 and Virgin Ch. 546).