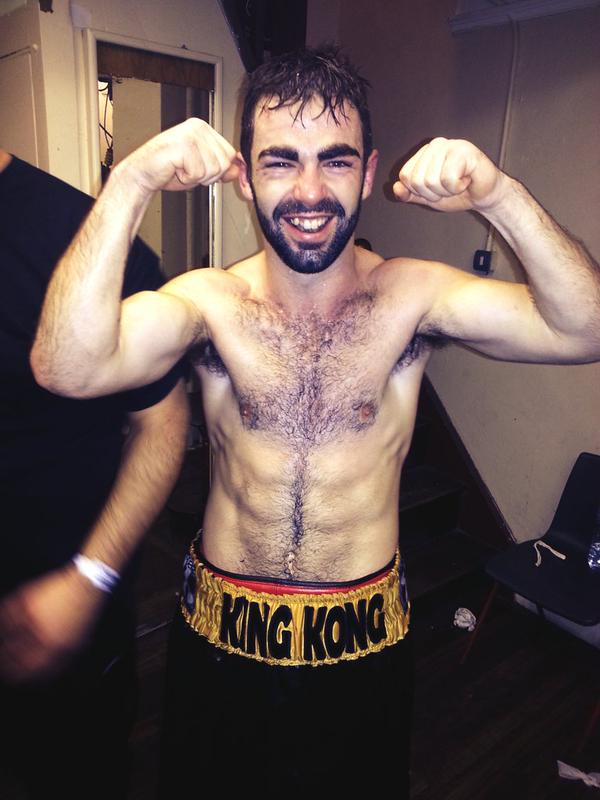 Jono ‘Celtic Warrior’ Carroll claimed the Prizefighter lightweight trophy after an assured display of boxing winning the final on points against Michael Devine after a classy display at York Hall in London on Saturday night.

Carroll’s shots were sharper and more often than Devine’s and he kept the distance well to unload his shots while out of danger. Devine tried his best to take the fight to Carroll but the Australian based Dubliner stood firm and fought fire with fire when he had to. The final round of the final was all action and both men pushed each other all the way but it was Carroll who deserved the victory.

To get to the final Carroll had overcome two respected veterans, first he saw off Manchester’s Stephen Foster Jr on points in the quarter-final, before just nudging out former Prizefighter champion Gary Buckland via a split decision in the semi-finals in what was a very tight contest.

Earlier in the evening in the opposing semi final, Michael Devine reached the final after knocking-out Lee Martin with a vicious left hook that saw him Martin drop to the canvas, he was out before he landed. There were a worrying few seconds, while the Essex man came around and Devine who looked worried for his stricken opponent let out a sigh of relief when he saw Martin was ok.

Losing finalist Devine had been drawn against old foe Danny Cassius Connor in the quarter-finals of the tournament, meaning they would again be facing each for the second time this year. Their first encounter had ended in a draw when Connor suffered a cut, but Devine was keen to settle the score, flooring his rival on the way to a points win.

In the other quarter-finals, Martin outworked Craig Whyatt to earn a decision, while Buckland dominated Floyd Moore to secure a clear points win.