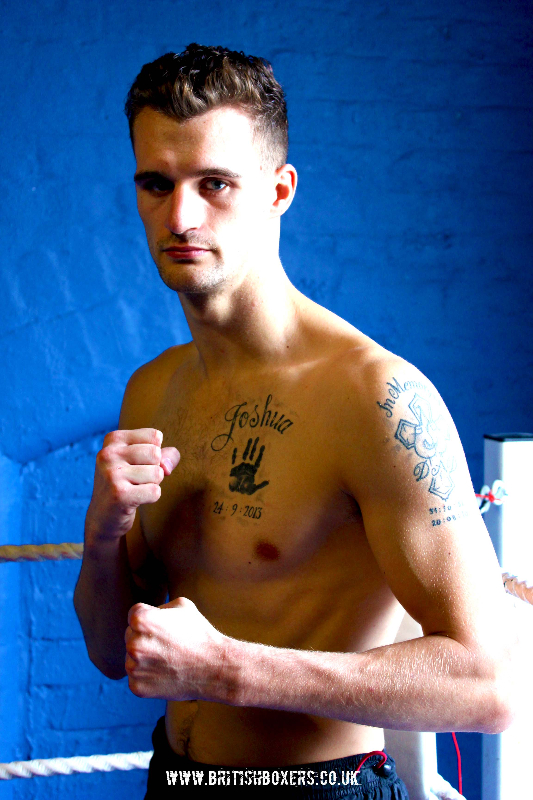 Middleton’s Matthew Ryan will have his next fight on January 31st at his home town Arena, when Black Flash Promotions and British Boxers stage their second professional boxing and dinner show in Manchester.

Ryan, 24, topped the card on the first Black Flash Promotion on October 25th, scoring a 5th round stoppage over the durable Mick Mills in an entertaining scrap that won Ryan many more fans.

The boxer who pairs working in his local Tesco store with a professional boxing career has big ambitions to make it in the sport and is ready to knock his career up a gear, with more fights lined up for 2015 on his coach Pat Barrett’s promoted events.

Ryan has trained with Barrett since turning over pro and has stuck with the former fighter while he and partner Thomas McDonagh had to re-built the Collyhurst and Moston Boxing Club back up, after former head coach Brian Hughes MBE retired in 2011.

Most of the old boxers from the gym have sought pastures new as the gym struggled to find it’s feet again but Ryan stayed and his commitment and trust in Pat and his plans have started to pay off and he can now look forward to a bright future if he can deliver the performances in the ring when the opportunities come.

Ryan who has been campaigning at light-middleweight is now set to move down to welterweight and at 6` 2″ and starting to develop a telling dig, he is ready to take the 10st division by storm.

If you would like to purchase tickets for Matthew’s next fight on January 31st at the Middleton Arena in Manchester they are £35 and available from www.blackflashpromotions.co.uk – @blackflashpromo – www.britishboxers.co.uk – @britishboxers or from Matthew Ryan on Twitter @matthewryan_21