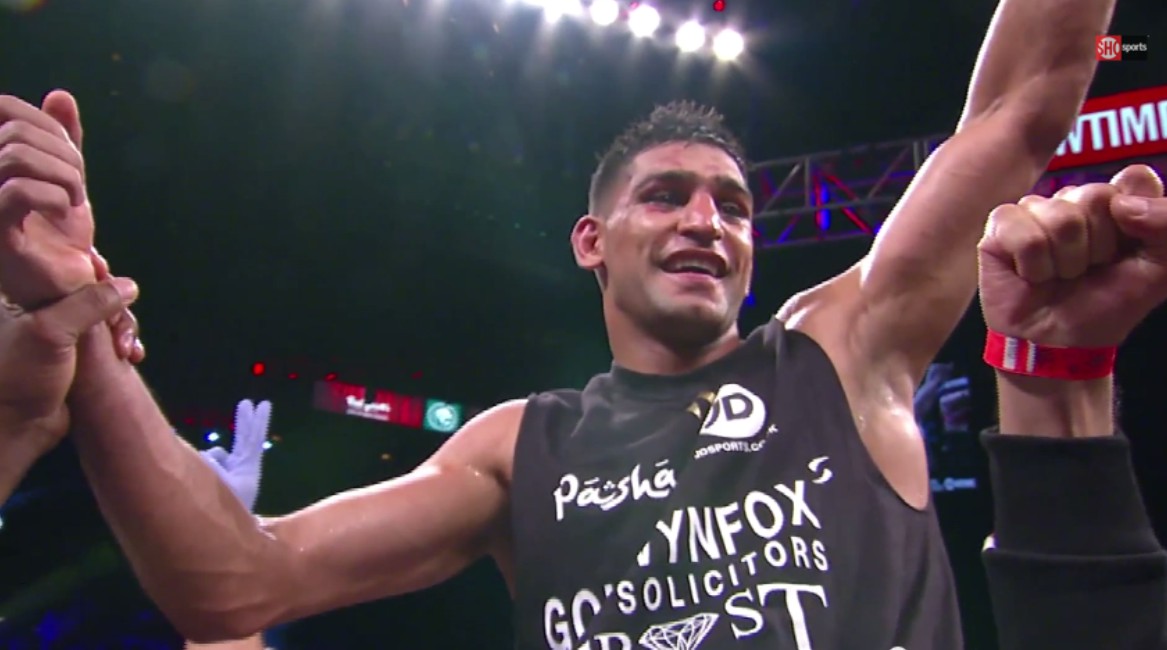 The biggest story in boxing at the moment is not a surprise. It involves Floyd Mayweather. This time, however, all the Money Team PR in the world can’t help him out of the hole his own success and ego have dug for him. Now, the world’s richest sports person has a tough choice to make in the wake of Amir Khans poetic display at the weekend against Devon Alexander.

Mayweather has been one of the most extraordinary boxers of the modern era, or any era for that matter. His light has burned at a steady rate for the past 15 years and even now, 2 months from his 38th birthday, it shows no sign of wavering. Except that right now there is a trembling finger moving towards the dimmer switch. For the first time since I can remember – if I ever heard it in the first place? – people are starting to back Amir Khan against him. And from where I was sitting at the weekend (my sofa) I can’t argue with them.

Khan took Devon – who is a nailed on, 100%, world class fighter – Alexander to school in a display of pure poise, skill, and a new found maturity. It was a pleasure to watch and a deeply satisfying experience to end watching the fight thinking everything I had believed about Amir was wrong, he can be patient, he can defend himself from left hooks, and he doesn’t have to windmill and bounce his way into fights to win them. Whatever Virgil is putting in his water it’s working. But maybe it’s less to do with water (or bad metaphors) and more to do with a calm and knowledgeable trainer who can inspire and relax Amir? And if ever there was a man to instil comparative genuine zen-like calm in a fighter like Amir, Virgil Hunter would be him. Khan couldn’t have boxed better. He was almost flawless.

But all that leaves Mayweather with a bigger headache than he needs. For the first time in a while Floyd’s path is looking slightly more treacherous than he likes things, and the wolves are starting to repopulate the hills around Money Team HQ. What do you do about it all when the bookies are closed and the models are all shagged out?

The main problem Floyd has is us: the public. We don’t want the last glimpse we have of this fantastic boxer to be skipping his way over some backwoods stat-bumped equivalent of a retirement carriage clock gift for this most glittering career. We want blood, we want to see Floyd in with the best one last time, even in his twilight. We won’t accept anything less. So now Floyd has to choose, and it’s quite a headache. Does he go with Manny Pacquiao and all his southpaw problems, or does he aim at Amir Khan, who is looking to be the more dangerous of the two right now? Money will roll in with Manny, that much is for certain. You would be able to sell that fight in the middle of the Amazon to tribes without electricity. Despite Amir doing all he can, he may well be dealing with a man keen for his final payday and to show us all he really had the Pacquiao victory in the tank all along; that he wasn’t running for the past decade, just biding his time and waiting for the dopamine levels to reach fever pitch in our brains. It could just be that simple: $$ talk.

Manny wants a fight in May which, if granted, will leave a good six months for any scraps for Khan….which brings us nicely to Ramadan…. again.

In a strange way, Floyd may just be the victim of circumstance this time. He’s the best boxer currently active right now, and he knows it. He knows much about the sport that we will never even touch on. All he has to do now is work out how to sign off without leaving so much as a fleck of dust on his career. Will he be able to juggle Manny, religious respect, and the prospect of fighting the type of Amir Khan we saw against Devon Alexander? Will he want to? Can he work it all out and benefit us all at the same time…..?