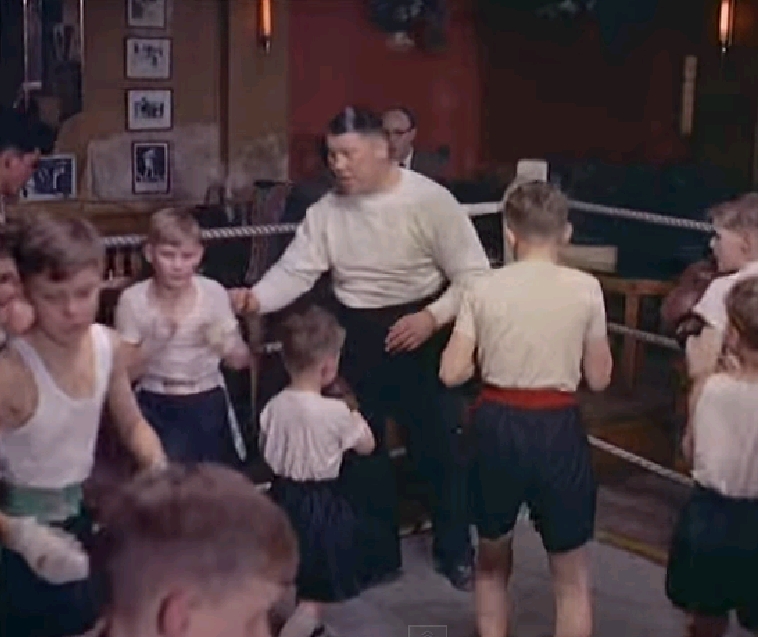 Former British welterweight champion Dave McCleave became a landlord of the Union Tavern Pub in South London after his retirement in 1945 and in its back room he also run a boxing club. He trained the boys with help of his friend Tiny Ryan, a former amateur featherweight champion.

Parents could gather for a beer or a light ale or two and their kids were encouraged to adorn the gloves and get stuck in! It was the days when boxing was also taught in schools and was also part of a your National service and they were encourgaed to take part to keep fit and develop character . Enjoy this short video by British Pathe of a boxing age gone by (1957)