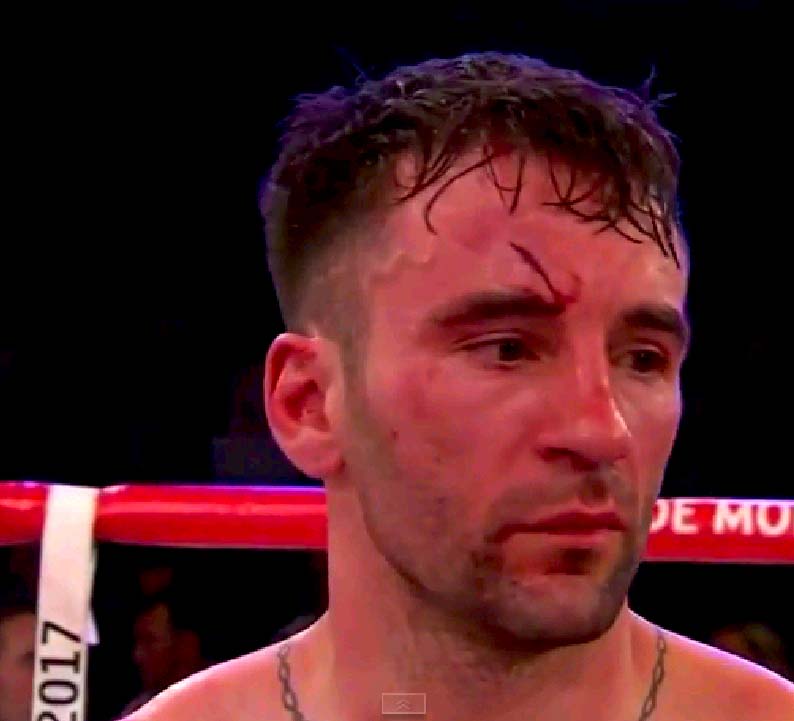 Lee Haskins wins the European title for a second time

Lee Haskins won the European bantamweight title a second time in his career when outpointed Frenchman Omar Lamiri via a technical decision in Monaco on Saturday night.

Haskins, 31, from Bristol, a British and Commonwealth champion and world ranked contender was in front and out-boxing his French opponent when the contest was stopped prematurely in the 8th round after an accidental clash of heads left Haskins with a terrible deep cut above his right eyebrow which resulted in a cascade of blood down his face.

Unable to continue, Haskins was awarded the decision as he was ahead on the judges scorecards at the time.

Haskins had lost the same belt to Belgium’s Stephane Jamoye two years ago and by retaining it he puts himself back in contention for a world title shot and one well over due for a man of his talent to miss out on.