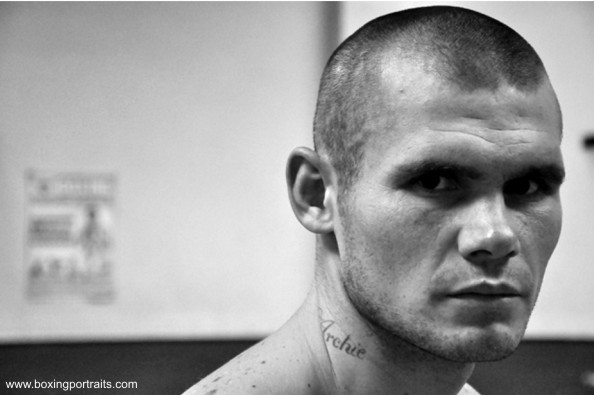 Murray preparing for the trenches to win the war with Golovkin

St Helens favourite Martin Murray is expecting nothing short of warfare when he faces off against Kazakh terror and current Middleweight Kingpin Gennady Golovkin in Monaco on Saturday night.

Murray, 32, has been exhibiting a confidence not usually exuded by previous Golovkin foes, stating that; “this is going to be a war and I’m willing to do anything it takes to be a world champion.”

With 18 of Golovkin’s previous opponents falling victim to a knockout, the apparent chances of Murray’s prophecy becoming true are slim.

However, the Merseyside has previously shown that he is unafraid to trade punches at any level, having previously won the much publicised “Prize-fighter” tournament synonymous with buzz saw like brutality, as well as going close against former world champions Sergio Martinez and Felix Sturm in disputed contests.

If indeed third time rings lucky for Murray as the old adage intimates, the world will fall at his feet. Previous mammoth upsets have supported this, from Clay-Liston to Tyson-Douglas and showed that self belief along with ability can reap rewards. Murray has both in abundance. If a war is sparked Murray will be ready and waiting with open arms to dig the trenches and bring the Middleweight championship back to British Shores.

I personally believe, perhaps beyond all reason that Murray will triumph in the face of adversity. History dictates it. The destroyer needs to be feared – to impose his psychological will on his opponent. This has been seen with Golovkin in the past, with wins over fighters such as Curtis Stevens and our very own Matthew Macklin. Both men appeared in awe of the marauding champion, particularly Stevens, whose wide eyed expression of pure disbelief following a knockdown during their 8 round slugfest has become something of an internet sensation.

Macklin was crushed in three – never allowed to settle and seemingly made to respect Golovkin’s power too early , as the champion forced back Macklin from the outset, clubbing heavy rights into the head and body, leaving Macklin little choice but to cover up, before being hauntingly dismantled by a body shot in the 3rd.

I don’t believe Murray will extend the same courtesy that Matthew Macklin did to Golovkin by allowing GGG to dictate the pace. The only direction Murray knows in the ring is forward. He will not be coerced or bullied into conceding ground and allowing Golovkin to jab his way into openings to set up head or body attacks. Expect to see a fast start from Murray, from behind a high guard. This should negate the jarring jab of the champion which has been the end of many a challenger.

As long as Murray is not backed up and makes his intent clear from the outset, I feel this is a winnable fight for the Brit and am not swayed by the Tysonesque portrayal of Golovkin. History shows that giants can be slain and whether I am criticised or not, I feel that this is going to be illustrated on Saturday night.

Can Murray pull off the upset and defeat GGG? Leave your comments below.

Continue to the next page to hear Murray’s views on his big fight!