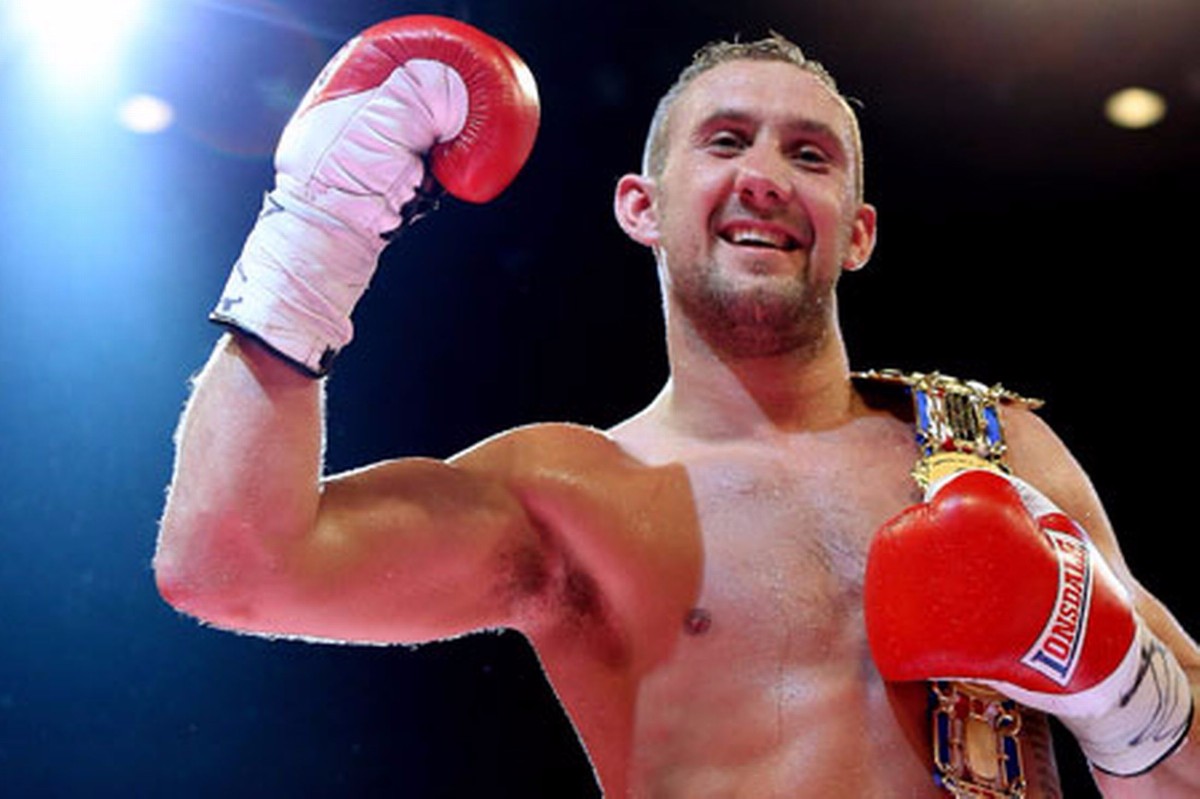 Before the evening had even begun, the word on social media that probably best described the feeling towards tonight’s Matchroom show from Newcastle’s Metro Arena was “underwhelmed.”  For the many fans I encountered online the apathy was such that large numbers were insisting they wouldn’t even be bothering to tune in to the card that was televised live on Sky Sports 2 and headlined by Olympic heavyweight hero Anthony Joshua.

Billed as the “Geordie Roar” perhaps a more apt label to the pessimists of the boxing fraternity going in would have been the “Geordie whimper” At least with regard to the boxing that was transmitted from England on the Sky TV broadcast.

The cruiserweight scrap between Scotland’s unbeaten Stephen Simmons and hometown boy Jon Lewis Dickinson was being touted as a good trade fight going in and it ended up actually being a half decent scrap. The more talented of the Dickinson brothers is supposed to be Jon-Lewis’ younger brother Travis, yet the elder Dickinson showed in the opener of the televised card that experience and the hometown boost had invigorated the career he is so desperate to re-ignite, stopping Simmons in the eighth of ten scheduled rounds.

The previously unbeaten Scot started strongly and looked to be the bossier of the two, but Dickinson’s boxing gradually wore through, sending Simmons into crisis at the end of the 6th, the bell sounding just in time at the rounds end to save him. By the halfway stage the momentum had swung completely towards the hometown fighter and in the eighth round of the scheduled ten, Dickinson produced the goods to send Simmons crashing to the canvas, ending the contest.

Perhaps the broadcast was saved from Sky TV’s perspective by the afternoon dust-up Canadian time between Adonis “Superman” Stevenson and  Cameroon-born Australian Sakio Bika. The switch to the Canadian broadcast proved to be seamless and the British viewers witnessed a gruelling war from the perspective of the teak tough Bika, yet it was routine domination for the “Superman” who won a unanimous decision and proved the only fight left out there for him in the eyes of the fans is against the ruthless Sergey Kovalev.

Adonis cruised to his 26th professional victory against Bika, flooring the granite chinned challenger in the 6th and 9th rounds en route to a victory that leaves only that one unanswered question at 175lbs. That fight with Kovalev needs to happen.

Chasing both Kovalev and Stevenson at 175lbs is Artur Beterbiev who we witnessed break apart Gabriel Campillo on the PBC undercard, showing yet again Al Haymon’s new found commitment to providing quality fights on terrestrial television in North America is rock solid. Beterbiev, who improved to 8-0, stopped Campillo in four destructive rounds and gave the watching British public on Sky a taster of just what’s to come from him in that part of the world in terms of his vision for boxing as a whole.

Back to Newcastle once more, Sky TV and Matchroom sport dived in at the deep-end with their commitment to Anthony Joshua by taking a gamble on allowing him to headline at this stage of his career; 10 fights in and returning for an 11th after injury against a man who came in on a weeks notice.

As the broadcast switched back to Newcastle the boos from the audience were audible, as in the intermission local favourite Travis Dickinson, younger brother of Jon-Lewis was stunned by relative novice Mustafa Chadloui in the first round of their 175lb contest. It obviously didn’t sit well with the Geordies in attendance yet as soon as the London 2012 gold medalist began his ring walk, Sky did their best to pump up the lukewarm enthusiasm from those in attendance.

Nobody was fooled. This isn’t a slight on Anthony Joshua as he did what was expected of him in circumstances that were always going to be compared to new WBC champ Deontay Wilder. Deontay did Gavern in four rounds at 30-odd fights. Joshua destroyed the American in 3 and floored him multiple times ahead of the clash with Kevin Johnson next month at Londons 02. It was just his 11th fight. Make of that what you will. As I said previously, the poor quality of this broadcast is no slight on Anthony Joshua, nor Al Haymon and his Premier Boxing Champions format that actually gave us Brits the most entertainment of the evening. I think its well worth Eddie Hearn taking note of that.

As the crowd filed out, the die-hards stayed and saw 6 actioned packed rounds between North Eastern hero Anthony Nelson, who won the commonwealth super flyweight title against game challenger Jamie Wilson after just 10 fights. It was a confident and assured performance to round off the televised card but sadly, given the performance of the two young part-time fighters, it wasn’t enough to rescue a fight card that, hadn’t it been for Bika v Stevenson, would have been a damp squib. Nelsons 6th round knockout was more than well deserved but it couldn’t rescue the card.

Overall this Geordie Roar lived up to the meek and mild whimper going in and that is no dis service to any of the boxers involved. But Eddie Hearn, you need to pull your socks up!  Thank God for the Americans.

or leave your comments below…