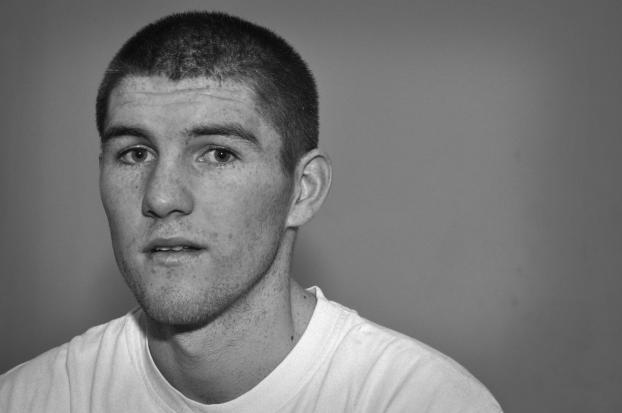 The 26 year old Liverpudlian is now undefeated in 20 and holds world rankings with the IBF, WBA and WBO.

And the lad they call ‘Beefy’ will be looking to improve on his listing with the latter sanctioning crew when he debates their Inter-Continental strap against 22 year old Argentinean David Ezequiel Romero on the huge Echo Arena bill in his home city of Liverpool this Saturday, live and exclusive on BoxNation (Sky Ch. 437/HD 490, Virgin 546, Talk Talk 525).

Speaking with boxing writer Glynn Evans, the poker faced Scouser, a serious student of the sport, casts his eye over the current crop of international belt holders.

Jack Culcay (reigning European champion): Culcay was world amateur champion and he was a very good amateur because he was a strong little bull who worked very hard. But I don’t rate him as a pro. I expected he’d be far better quality than he’s been.

When he unloads, he stays low and can throw very impressive six and seven shot volleys but then he eases off and goes for a walk. He doesn’t throw enough punches per round. He just fights in bursts and seems to model himself on other German based fighters like Arthur Abraham and Felix Sturm.

Culcay’s not the hardest to catch and I don’t think he takes the best shot. Isaac Real dropped him and I’ve seen him hurt other times.

I’d be very confident. His style is my ideal to fight. He’s not awkward and he doesn’t run away. I’m not sure Frank would risk sending me there but I even think I could beat him in Germany.

Cornelius ‘K9’ Bundrage (reigning IBF champion): I think ‘K9’ has to be the easiest route to a world title, the weakest of the four champions. I don’t rate him at all. Technically, he’s very poor. Look at still photos of him and his non punching hand dangles by his waist.

That said, he’s had several good wins over good fighters like Carlos Molina, (Zaurbek) Baysangurov, Cory Spinks twice, and Sechew Powell plus he’s a two time world champion. He must be better than he looks. He’s obviously very fit, super strong and he can bang a bit.

He uses his natural awkwardness to his advantage and, though he’s just 5ft 6 and I’m 5ft 9 ½ I guarantee he’s got a longer reach than me. His arms are crazy long.

The secret to beating Bundrage is to stay clever and outbox him, without running away. Keep it tidy; plenty of straight, sharp shots.

Demetrius Andrade (reigning WBO champion): Good fighter. Like Culcay, he was a world amateur gold medallist and he also went the Olympics.

He’s a slick, classy southpaw who seems to be getting better with every fight. Andrade’s got good variety and hits the body well. He’s also very big for 11stone; every fighter’s nightmare opponent, a 6ft 1in left hander.

He got dropped early doors against Vanes Martirosyan when he jumped in so you have to question how well he takes a shot but other than that there are no obvious faults.

He looked very impressive demolishing Brian Rose but Brian just stood in front of him and let him tee off. Your best bet against Andrade is to apply educated pressure and not fall into his traps.  When I beat Romero for the WBO Intercontinental title I will be another step closer to him.

Erislandy Lara (reigning WBA champion): At his best, Lara is a very slick operator. He’s good with the jab and straight back hand. The Lara who dropped a contentious split decision to ‘Canelo’ Alvarez is a very hard man to fight. Probably because of the fear factor, he just didn’t stay still and used his jab to continually off set ‘Canelo’.

However, he lacks a bit of variety and can blow hot and cold. The Lara that fought Ishe Smith and Alfredo Angulo is very beatable. Angulo got to him with pressure and, against Ishe, Lara was plain lazy.

I’d place Lara and Andrade on a par. I’d love to see that fight. Lara can’t hurt you and I’d probably not invoke the fear factor which brings out the best in him. I could spring a surprise.

Floyd Mayweather Jnr. (reigning WBC champion): I’m a realist. He’d probably outclass me but I’m unlikely to get too badly hurt. You’d get easily the best dough so, of the four champions, Floyd’s the one I’d most like to face. It’d be a privilege to share a ring with a great and find out exactly how good he is.

Even up at light-middle, conceding natural weight and coming to the end of his brilliant career, he’s still the best of the champions.  He knows how to win and is so good at adapting mid fight to whatever the opponent brings. He ruins people.

How do you beat him? You can’t. He’s still too good!

Liam Williams (reigning Commonwealth champion): Right now at British level, I think Liam is at about the stage that he should be at, for someone his age. He’s got a very good jab and clearly has a strong bond with Gary Lockett who ensures he stays disciplined. But he’s quite a way behind me at the minute.

Williams is probably ready for any of the rest who are behind me. I’d be surprised if he didn’t pick up the British once I choose to vacate.

I’ve always dreamed of having a big money domestic rival that could really heighten my profile. Down the line, me and Williams should be a pretty easy fight to make, what with us both being with Frank (Warren).