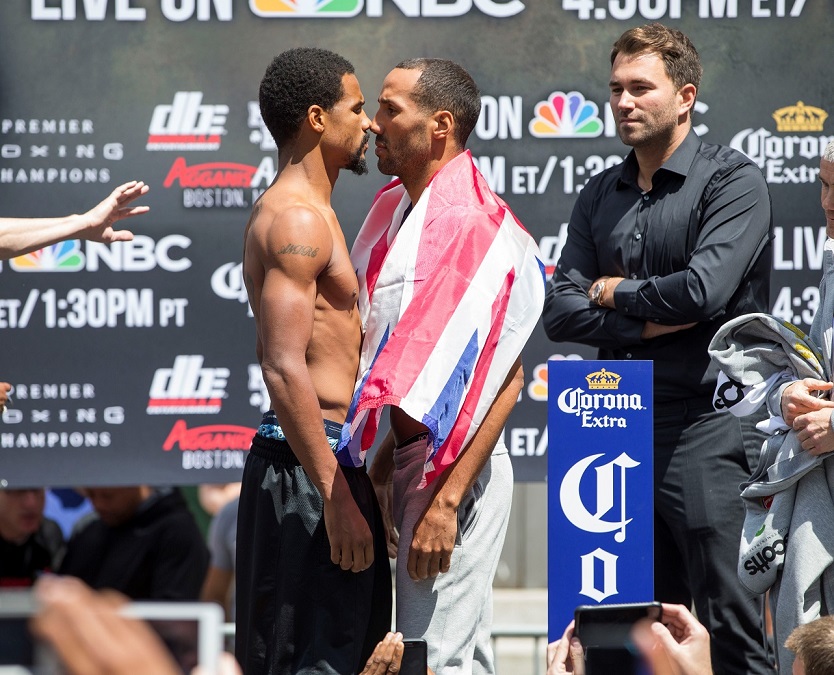 DeGale tells Dirrell at fiery weigh-in “Come and Have a Real Fight!” (pics) 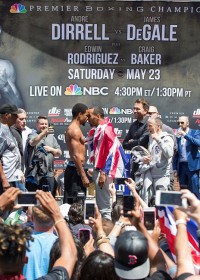 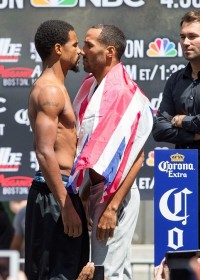 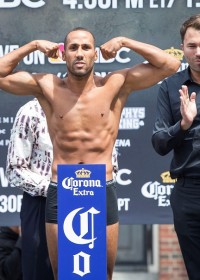 Londoner tells Michigan man to ‘come and have a real fight’

James DeGale told Andre Dirrell he is ready for war as the pair meet for the IBF World Super Middleweight title in Boston tomorrow night live on Sky Sports.

The respect at yesterday’s press conference was followed by a tense exchange outside of the historic Faneuil Hall in downtown Boston as temperatures rose between the rivals in the lunchtime heat.

DeGale tipped the scales at 167.2lbs and Dirrell weighed in at 167.8lbs, and when the duo posed for photos they went nose-to-nose – and DeGale believes that his opponent has only just realised the scale of the fight ahead.

“He told me that it’s just got serious – I told him it was serious two months ago,” said DeGale. “I am ready and I am good to go.

“I said to him to make sure that he comes to have a proper fight, don’t try to nick the title. We’ll see, fight night is tomorrow so it’s all on and I’ll do my talking in the ring.

“I’ve trained for 16 weeks knowing that I can be a World champion and make history, it’s all on tomorrow, I’ve trained so hard and I am in fantastic shape. I have always said the better the opposition the better I will box. I am confident I am bringing the belt back

“The support here in Boston is great and the messages I am getting from back home are fantastic, I cannot thank the fans enough and I am bringing the title home for all the British fans that have got behind me for this one.”