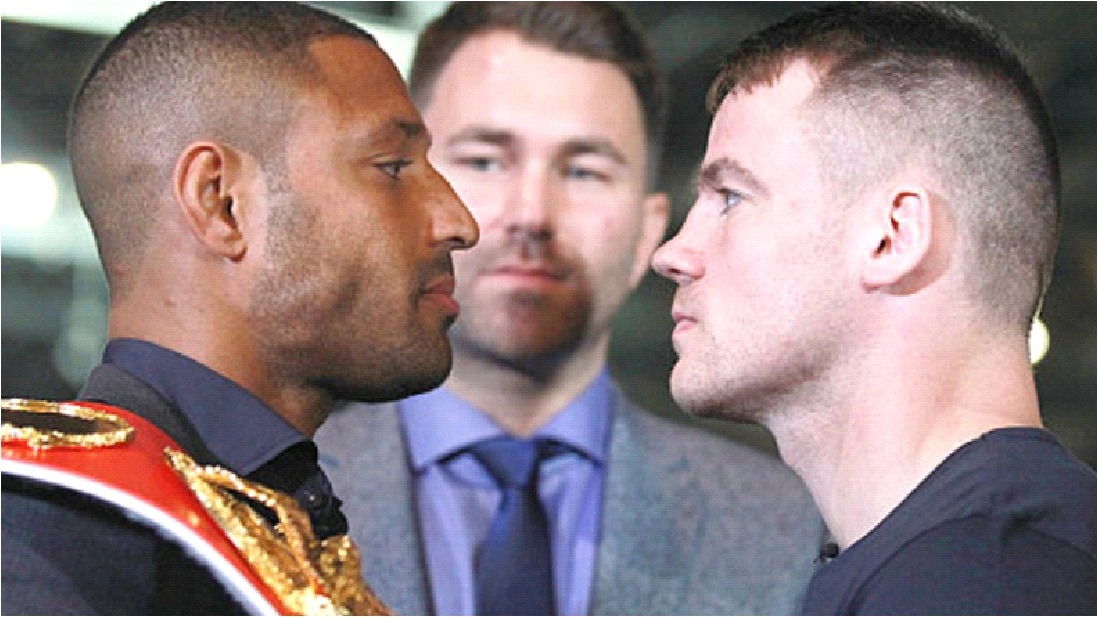 After impressively defeating Jo Jo Dan in Sheffield in March Kell Brook makes a quick return to the ring this Saturday to defend his IBF Welterweight title against Frankie Gavin at The O2 in London, exclusively live on Sky Sports Box Office.

Brook returned from an horrific stab wound to make a mandatory defence of his belt last time out delighting his home fans in Sheffield by stopping Jo Jo Dan inside four rounds and stretching his unbeaten record to 34 fights.

He will now be eager to put in another stand-out performance against Gavin who was England’s first ever World Amateur Champion after taking gold in the 2007 World Championships in Chicago.

Brook had been desperate to face Amir Khan at Wembley in June but his compatriot ruled out a fight until at least later in the year.

Such was the Sheffield welterweight’s desire not to rest on his laurels however, that he demanded a quick turnaround.

Brook has been quoted as saying “I never expected to be out again so quickly but I can’t wait. I respect Frankie for stepping up, he has called for this fight for a long time and after he was given a final eliminator against Tim Bradley it made sense for him to take the challenge. I feel like I’m unbeatable right now and Gavin isn’t going to be able to cope with my speed and power on fight night. The O2 is one of the best arenas in the world and it’s an honour to headline a card like this.”

Domestic rival Gavin, who is Britain’s only ever world amateur champion, is adamant he can spring a surprise.

Gavin lost his own unbeaten record last summer when he suffered a split decision defeat to Leonard Bundu in Wolverhampton – but rather than damage his confidence, the Birmingham man believes he has learned a valuable lesson from the loss.

The 29-year-old switched to Eddie Hearn’s Matchroom outfit earlier this year, making his debut on Brook’s undercard in March.

Gavin had been due to face South African Chris van Heerden in Birmingham on May 9 but has jumped at the chance to fight for a world title.

Frankie Gavin has been quoted as saying “These are the fights you want to be part of and are where I belong.  I’ve dreamt of a world title and I will be 100 per cent ready physically and mentally for Kell Brook.  Of course it’s going to be tough but I believe Kell is beatable and I’ve always felt that I have got the skills and the team to cause an upset.”