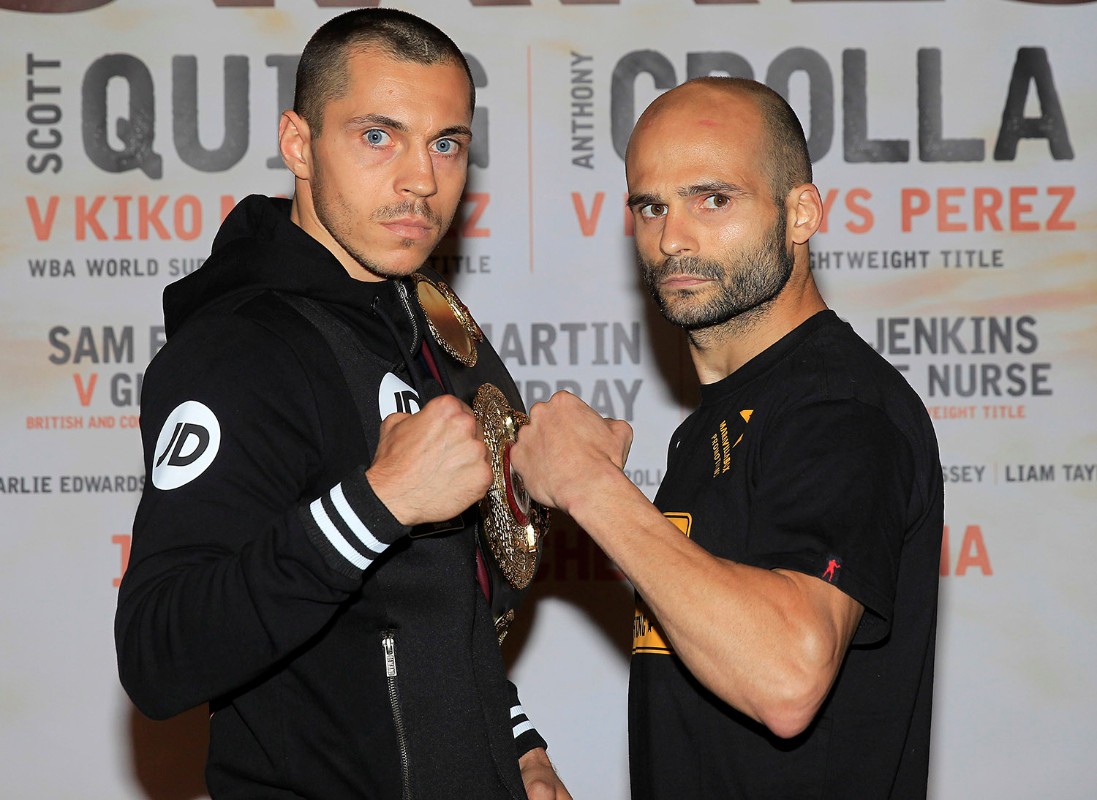 Scott Quigg: “No-one has seen the best of me, but they will on Saturday.”

QUIGG: KIKO ISN’T READY FOR THE BEST OF ME

Scott Quigg says Kiko Martinez is the most dangerous opponent of his reign as WBA World Super Bantamweight champion as they clash for the title on Saturday (July 18) at the Manchester Arena live on Sky Sports – but says the challenger is not ready for the new and improved champion.

Quigg swatted aside his first three challengers inside three rounds before Hidenori Otake took him the distance in Liverpool in November. The Bury star picked up a hand injury during that fight that forced him onto the sidelines.

The 26 year old believes that time out has been beneficial ahead of his toughest night, as he enters the fight with the hard-hitting former IBF ruler in the best physical and mental place in his eight-year career.

“We know what Kiko brings,” said Quigg. “He’s not worried about travelling around the world because he’s boxed from America to Japan and all over Europe. He’s game, he’s ready but he’s not going to be ready enough. I know what I have to do and the way that I have prepared in the gym.

“I’ve been working on my technique in the gym with Joe, the little things that will make a big difference. We’ve made adjustments to my skills and my ringcraft and I really feel I have improved 25 per cent since my last fight, and that’s a lot. Kiko says he’s prepared for the best Scott Quigg – no-one has seen the best of me, but they will on Saturday.

“I am expecting a tough fight, it’s the hardest fight of my career and I expect to have to dig deep every round – but the way I have prepared, I am confident that I have done the work to get the win in impressive fashion, as I am under no illusions that this is a dangerous fight and one I have to be switched on for at all times.”