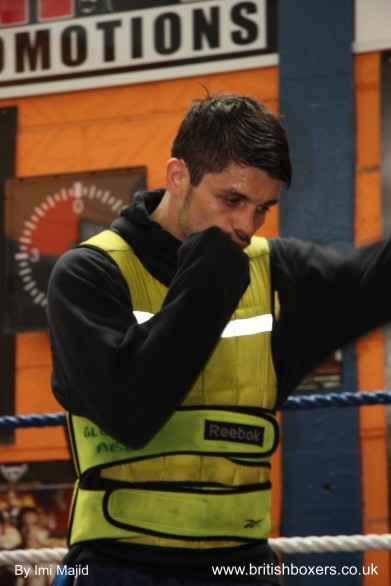 Liverpool Super – Featherweight Stephen Smith will be hoping to strike it lucky at the beginning of the next boxing season, which begins in September.

The 30 year old, who is a former British champion, will box Italian Devis Boschiero in an eliminator for the IBF crown, currently held by Jose pedraza, next month.

Boschiero will present a stiff challenge to Smith. The 34 year old has a solid boxing CV. “Boom Boom” is a former European champion and world title challenger at Super – featherweight;  a division that Smith has adopted since the loss of his British Featherweight title in 2011 to current World champion Lee Selby.

Since the Selby setback, Smith has chalked up ten wins in succession. The  most impressive scalp claimed by Smith since the move is that of Gary Buckland in what was Smith’s second British title win.

Since that night, Smith’s level of opposition has noticeably declined. Many will hope this will not impede the Merseysider’s ability to overcome Boschiero and earn himself an opportunity to become Britain’s latest World champion during what is perhaps the most fruitful period for British boxing on the world stage in recent memory.