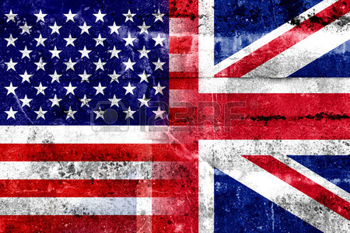 The Americanisation of British boxing: A Fair view?

The British Boxing Board of control have recently announced that from 1st September 2015, both the Light – Welterweight and Light – Middleweight divisions are to be re-named to reflect the American lexicon used to categorize the respective weight classes.

This will mean that now in the UK, Light Welterweight will be known whence forth as “Super Lightweight”, whilst the light Middleweight division will take the name of “Super Welterweight.”

The initial proposal put forth by the Midlands Area council and subsequently engrained into British boxing garnishment, sees a further push into what I would define as the “Americanisation” of the sport in the United Kingdom.

Americanisation is defined by the Oxford English dictionary as: “The action of making a person or thing American in character or nationality.”

Boxing in Britain has seen a somewhat seismic shift both in relation to the attitudes of high profile fighters and the presentation of the events in which the fighters partake over the last fifty years or so.

The British reputation for quiet reserve and humility was once embodied by such household names as Henry Cooper and former WBC Heavyweight Champion Frank Bruno.

Cooper was affectionately dubbed “our ‘Enery” for his courageous in ring performances and steely determination. Arrogance was not a feature of the affable South Londoner, due to which he won a legion of fans.

Oppose this with perhaps the greatest of all pugilists – the tremendous American, Muhammad Ali.

Ali was at times a physical convocation of juxtapositions; a collection of beautiful contrasts. The light- footed   heavyweight with a beautiful viciousness inside the ring and a garish, sometimes distasteful demeanour outside of it.

Whilst Messrs Cooper and Bruno epitomised peaceful modesty, American Ali’s frequently loud dialogue and amusing arrogance whirred many a cog in the collective psyche of boxing on these shores.

It could be argued that the aforementioned “Americanisation” of the domestic scene could be attributed to Ali in the main.

Fighters emerged in Britain upon Ali’s retirement who capitalised on “The Greatest” and his penchant for publicity; men such as Chris Eubank Sr. And “Prince”  Naseem Hamed in particular.

Both of these men were prominent World champions. Both of these men utilized professional personality traits in their careers usually associated with American fighters to delight as well as vilify; those traits of arrogance and flamboyance that Ali in the paramount possessed in abundance.

Hamed and Eubank  did well to ignite public interest in boxing; going against the stereotypical grain established by previous home fighters whilst doing so and paving the way for an exceedingly beneficial generation of fighters that followed in terms of allowing money and publicity to become a norm rather than an exception for the domestic operator on the rise.

The Hamed’s and Eubank’s of the world also made a tangible contribution to the “cosmetics” of British fight nights.

Eubank initially honed his craft in the U.S, beginning his storied career under the bright lights of Atlantic City in 1987.

Learning his craft in the land of the ostentatious clearly left an imprint on Eubank. When he arrived professionally speaking back in Britain, he presented an Americanised demeanour to the full.

Gone were the days of the Great British loser. Eubank’s American fistic education arrived with him, both physically and cosmetically – something that would contribute to the changing face of the fight game at home.

“Simply the best” brought with him flashy entrances (something the aforementioned Hamed elaborated on still further) that included a vault over the top rope and entry into the arena of battle on a motorcycle. His style was also sported a style that was untypical of a European fighter of the time.

Not always content to use a jab to pile up points to obtain victory; Eubank was often a coiled spring, ready to unfurl at the least expectant opportunity. Evidence of this can be seen in his efficient destruction of Reginaldo Dos Santos in 20 seconds in 1992.

The traditional British and supremely un-American method of entering the ring consisted of a simple walk to the squared circle decked out in a sometimes flashy robe, a bow to the crowd and the odd mean looking scowl.

Eubank innovatively changed this, making the British fighter the subject of awe instead of the mere opponent. Americanisation had added glamour to the equation.

Another institution altered by the American propensity for raucousness is the pre-fight weigh – in.

This historically was as literal as the term suggests. The opposing boxers would shake hands cordially, mount the weighing scales and await the result.

Modern weigh ins are now a spectacle that can sometimes surpass the fight itself, with elements of pushing and shoving along with personal insults being used as appetisers for the main event.

Crowds are now also a common feature of the experience, with fighters sometimes attracting huge numbers to watch their weight making fate in an at times boisterous fashion.

So, has there truly been an Americanisation of our beloved sport in Britain? Or have domestic attitudes altered of their own accord with the passing of time and an increase in national self confidence?

I opt for the former; American tastes seem to mark the way forward, with the British Boxing Board of control leading the way to an historic change come the 1st September.