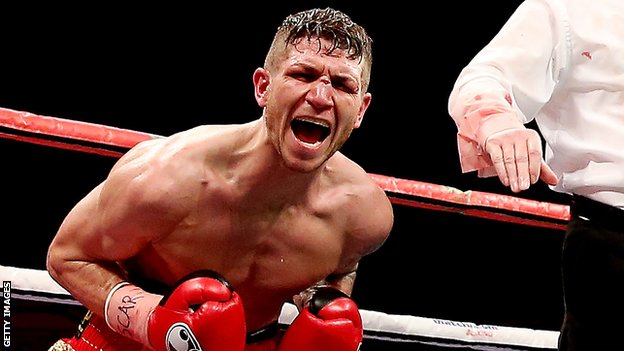 Brian Rose last night tasted the sweet tang of revenge against teak tough American Carson Jones in Hull – on the undercard of the “Rumble on the Humber” bill.

Blackpool’s Rose began the fight sharply from behind a high guard throwing a stiff jab, no doubt conscious of the previous controversial stoppage that Jones inflicted in February in the opening round.

Jones seemed intent from the second round on dragging “The lion” into ill advised territory, stalking the likeable North West fighter and managing to detonate an uppercut onto the chin of Rose to test his mettle. He duly passed the examination, unleashing a right of his own. Jones replied with some vicious combination punching which left Rose cut on the bridge of the nose.

The give and take battle of wills continued late on into the fight, as Jones plodded forward to be peppered by the accurate jab of Rose, who then comfortably glided out of range with his fleetness of foot that is synonymous with the Blackpool fighter’s style when on top of an opponent.

Despite Rose’s late successes, Jones’ “never say die” attitude was plain to see until the final bell, with the Oklahoma man landing sporadically throughout rounds ten to twelve, with Rose weathering the storm successfully on each occasion to take the win unanimously on the scorecards and the comfort of knowing he still has something to offer the British fight public.