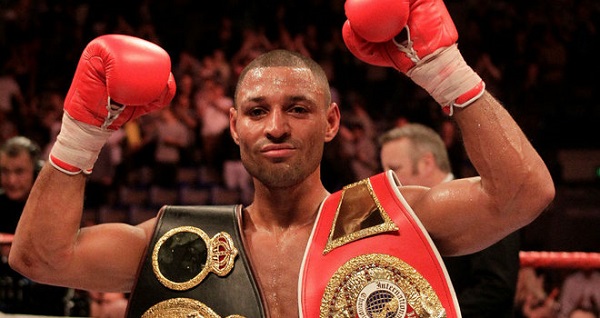 Sheffield’s IBF World Welterweight champion Kell Brook will make the third defence of his hard earned championship in his home city on October 24th , it has been confirmed today.

Brook, 29, will take on big hitting Argentine Diego Chaves in what should be a momentous night for British boxing, with Wilmslow’s Tyson Fury taking on Heavyweight king Wladimir Klitschko in Dusseldorff, for the latter’s unified crown on the same night.

Chaves is a dangerous assignment for Brook, with 19 of his 23 wins coming early. This statistic does not seem to fluster the relaxed champion, however.

“I’m so excited about boxing in my home town of Sheffield again. London last time out was a great experience fighting in front of nearly 20,000 but I’m excited to be back there – it is my home. I’m looking to excite like I always do and light up the Motorpoint Arena on 24th October”.

Chaves has fought at a tangibly higher level than the champion’s two previous foes – scoring a notable but highly contentious draw against American Timothy Bradley in December 2014.

Immediately prior to this, Chaves was disqualified against Brandon Rios after nine rounds of action in what was an ultimately unsavoury affair. He has also shared the ring with current WBA Welterweight titlist Keith Thurman in 2013 – another lost skirmish.

It is this particular world class pedigree albeit unsuccessful,  that Chaves will undoubtedly find an advantage in his forthcoming battle with the man known as “The Special One.”

Speaking on the fight, the challenger showed  awareness of the magnitude of the encounter when speaking to Ring Magazine.

“I will be making history if I defeat an Englishman in his own country… This raises the stakes for me, going there as an Argentine, and as a huge underdog. We know all the bad blood that exists between Argentina and England, and this will give me much more strength.”