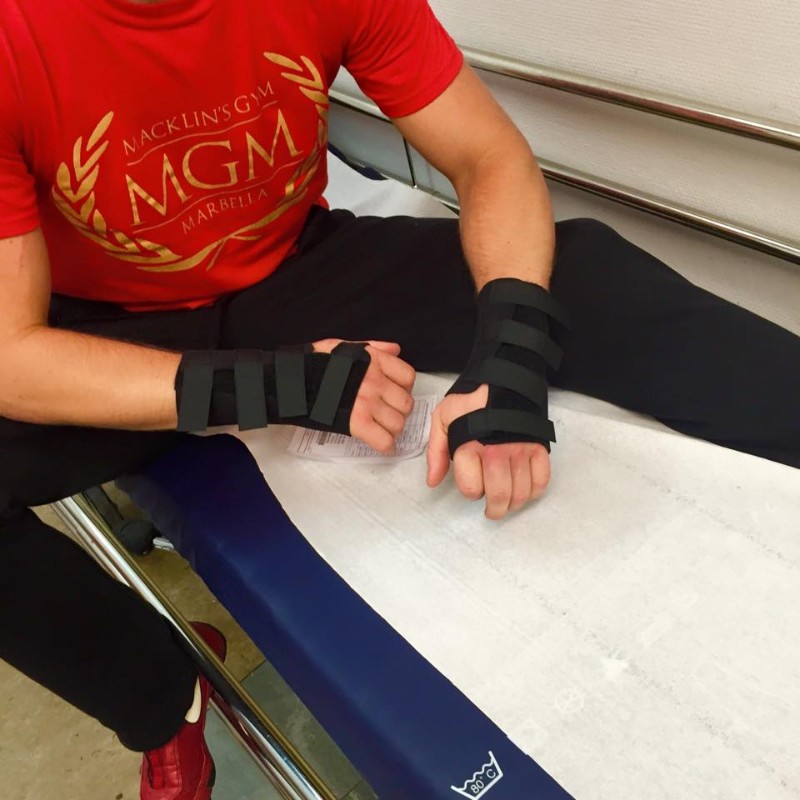 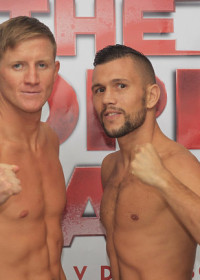 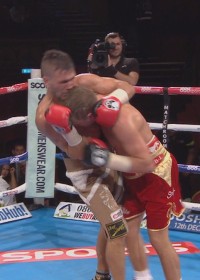 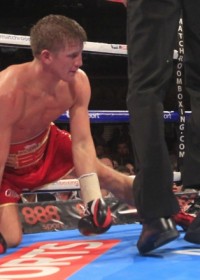 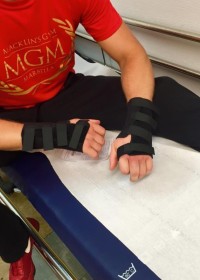 Light-welterweight prospect Bradley Saunders (12-1) is preparing to meet with specialist hand surgeon Mike Hayton in a bid to save his career.

In his 13th professional contest at the Liverpool Olympia on September 12th, Saunders managed to badly damage both of his hands in a disastrous comeback fight from injury, resulting in the loss of his 100 per cent winning record.

In frustration, under duress from tough Frenchman Renald Garrido (15-11-1), Saunders deliberately butted his opponent in full view of referee Steve Grey, giving him no option but to disqualify the former WBO Inter-Continental champion, producing the biggest upset of the night.

“I apologise to everybody for the way it ended,” said the 29-year-old from County Durham. “Left hand went the second round, right the fourth. I didn’t want to turn my back or take a knee so that was my way of keeping him off, in the heat of the moment.”

Post-fight Saunders uploaded images of his hands in splints on social media channels and prepares to meet with the same specialist hand surgeon that previously performed surgery on both his hands in what will be a third attempt to fix the recurring problems.

“Seeing the hand specialist Mike Hayton today,” clarified Saunders. “I went straight to the doctors afterwards, I’ve ruptured ligaments and the previous bone graft has been moved so it’s not where it should be anymore.”

The Manchester consultant first operated on the left hand of Saunders in late 2012 after an eight-round contest with MGM teammate and Irish champion Peter McDonagh, when the former Olympian was fighting out of the Gus Robinson Developments gym in Hartlepool.

That surgery was a success, with Saunders coming back and reeling off six stoppage wins out of seven, including an 81-second demolition of Ville Piispanen for the vacant WBO Inter-Continental title at the Metro Radio Arena in Newcastle.

Then he hurt his right fist in the spring when preparing for a shot at Dave Ryan’s Commonwealth title.

Hayton fixed that too and, after a six month layoff, he returned to the ring against Garrido, eyeing a big Commonwealth title fight with the current champion John Wayne Hibbert, later in the year.

“My hands are in splints right now, I can’t even pull my boxer shorts up on my own!” He laughed.

“Do you know what? I can blame my bandages or my gloves or whatever, but it’s just my hands, they went in the first ever pro fight with Jason Nesbitt and I’ve had operations on both hands now.”

Of his very first professional career loss, Saunders reflected, “In all fairness, it is what it is, I won the fight in there but I’m a fighter and I couldn’t fight, I put my head down and ran out of ideas, you’re in a boxing ring and you can’t protect yourself.

“I’m in there to win but I got frustrated and couldn’t keep him off. I think he did know that my hands were shot, he could sense it.

“Full credit to him, he came to win and I did my job. If I never broke my hands then I could have done what I did in the first few rounds for the full fight.

“I didn’t want Danny Vaughan to pull us out so I didn’t let on that both hands had gone.”

The ill-fated fight was the first with new trainer Danny Vaughan in the corner.

“It’s got nothing to do with Danny [Vaughan],” Saunders quickly chipped in. “He’s sick that I got beaten, but I’m more confident with him in my corner than I’ve ever been before.

“The tactics of Danny’s were good, I felt comfortable using the jab, but second round my left hand went, then right hand went in the third a little bit, and then went properly in the fourth.”

Following one of the biggest upsets of late, boxing fans and critics have been quick to criticise many elements of Saunders’ performance.

The 12-time national amateur champion touched down in the sixth round and subsequently received an eight-count from the referee but he dismissed the knockdown, claiming, “No, it was never a knockdown, I was off-balance.”

The cause of the disqualification angered some boxing fans, Saunders responded to the reactions, “It is what it is and all I can do is apologise, but if people don’t like violence then they shouldn’t be watching boxing.”

A disappointed Saunders immediately called for the rematch after the fight.

“I’ll go back and regroup, and speak to my manager Daniel Kinahan and Danny Vaughan,” he concluded.