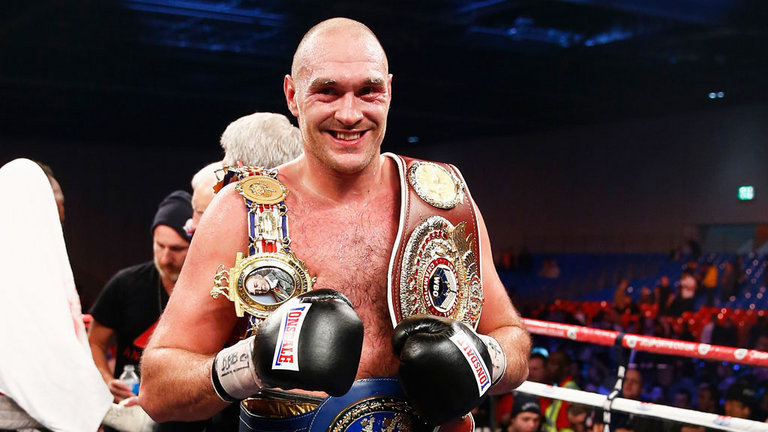 Tyson Fury admits he is ready to satisfy the public’s wishes and fight domestic rival Anthony Joshua after going on to say “making money’ and not ‘making up numbers’ is his prime motivation.

The 27-year-old will take on champion Wladimir Klitschko in Dusseldorf, Germany, next month – live on Sky Sports Box Office – for the Ukrainian’s WBA, WBO and IBF world titles.

Fury fully believes he will win and dethrown the long reigning Klitschko and then do it all over again in a rematch, where he is contractually obliged to have if Klitschko loses their initial first meeting.

But then aftwards “Too Fast Fury” wants to focus on taking on some of the biggest names in his division so he can cerment his legacy and consolidate his standing, so he is able to cash in on his talent while still in his prime.

With that being said that puts Joshua firmly on his radar although talk of a bout with David Haye, who twice pulled out of planned meetings due to injury, has been dismissed.

Fury has been quoted as saying: “I am not bothered what he does now or what he will do. David Haye who? I’m not interested in any fight, he had his chance.

“The rematch with Klitschko will happen first but if I beat him once, I will beat him again – so that’s not a problem.

“After that I want to fight the best guys I can. Whoever can sell 50,000 tickets and is marketable can get in the ring with me, no problem.

“I’m not here to just make up numbers, I want to make tons of money and be the best. I actually don’t believe the best heavyweight boxers are the ones currently in the limelight.

“Luis Ortiz for example, he’s a top class Cuban southpaw – but he won’t get a chance. I’m not going to give him a shot, he’s dangerous and will make me no money.

“I’ll fight whoever the public want, I don’t care. If it’s Anthony Joshua, Dillian Whyte or Deontay Wilder so be it, just as long as they are marketable.”

The man from Manchester will put his unbeaten 24-fight record on the line against an experienced Klitschko but is still confident as he looks to add a 19th knockout to his list.

Tyson went on to say “Everything’s going well. Sparring and training is all going perfectly to plan. I’m just looking forward to it now.

“I’m not nervous, if you know me you know I don’t get nervous. If anyone should be nervous it should be Wladimir Klitschko – he doesn’t know what he’s got himself in for. May the best man win.”