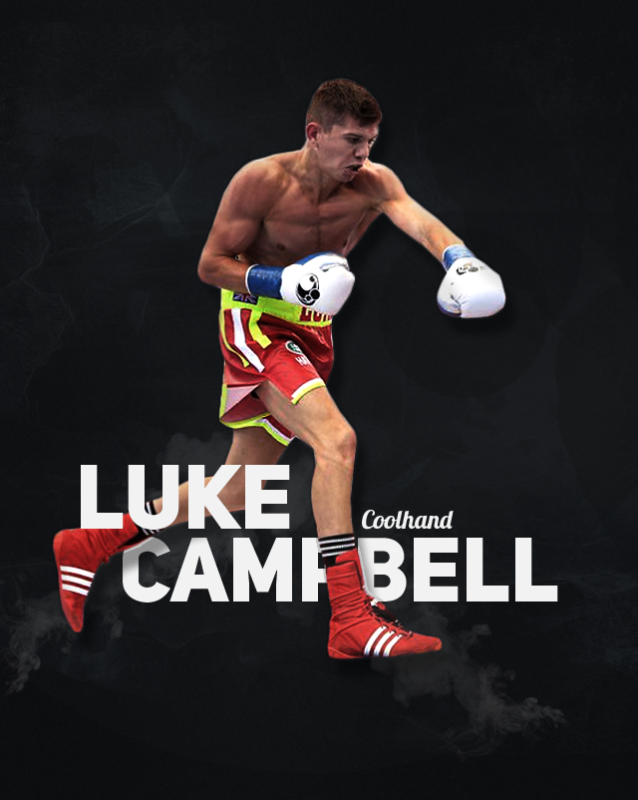 Luke Campbell ready to push for World honours in 2016

Luke Campbell will return to action on the undercard of Anthony Joshua MBE and Dillian Whyte’s blockbuster battle for the British and Commonwealth Heavyweight titles at The O2 on December 12, live on Sky Sports.

Cool Hand stopped Tommy Coyle in the tenth round to land the vacant WBC International title in a huge fight for Hull in August and will be looking for a win over a highly-ranked opponent in London in December to propel him towards World honours in the bustling Lightweight division.

“I’ve had a solid rest since the Coyle fight and my camp is just getting underway for December 12,” said Campbell. “August 1 was a great night for boxing in Hull and I’m pleased I managed to get the rounds under my belt in that fight.

“I feel like I’m ready to push for World honours in 2016 and we are looking for a highly ranked opponent for Dec 12 at the O2. The domestic scene is buzzing at 135lbs and I’m confident I can capture that World title next year.”

Campbell fights on the undercard of Joshua vs. Whyte as the bitter rivals clash for the vacant British title and the Commonwealth crown Joshua claimed at the Greenwich venue earlier this month, stopping Gary Cornish with his 13th straight KO in the paid ranks.

Whyte KO’d Brian Minto in three rounds to land his 13th win inside the distance in his 16th pro outing on the same night, and will now look to derail Joshua’s rapid rise since turning pro after landing gold at the London 2012 Olympics.

Along with the titles, there’s pride on the line between the pair with Joshua looking to level the score against the Brixton man that defeated him early in their amateur days.