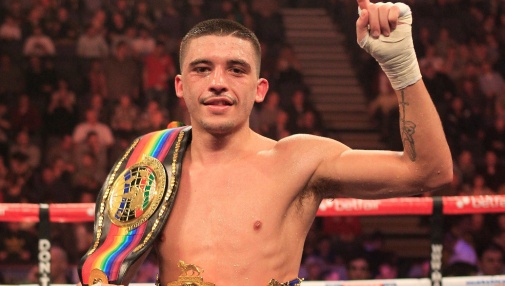 Selby wants to take on and beat the very best

IBF featherweight champion Lee Selby wants to transcend the sport and be recognised as a worldwide phenomenon and plans on doing it the hard way by taking on the best.

Next month sees Selby head out to America to make his debut in what will be his first defence of the title which he won from Evgeny Gradovich back in May at the 02 in London.

The Welshman’s opponent will be the experienced Mexican Fernando Montiel where he will take on the season pro in Arizona.

Montiel, who has won world titles at flyweight, super-flyweight and bantamweight, has won 54 fights, 39 by knockout and lost just four times since making his debut in 1996.

Selby has been quoted as saying “I’m not going to be one of those champions you see picking out nice easy defences,

“I’m going to travel to America and fight an established former three-weight champion in Fernando Montiel.

“He’s had 60 fights, he’s knocked out twice the amount of people that I’ve had fights, so I’m up against it, but it’s something I’m really looking forward to.

“I want to be a true champion; you won’t see me staying with my home comforts, defending my title against voluntary defences, easy defences.

“I want to fight the best and I want to be the best featherweight in the world.”

However the man from Barry insists since winning the world title he hasn’t changed in any shape or form and says with another child on the way he remains fully focused, with fatherhood proving to be an added incentive to become even greater.

“I’ve got a young daughter and another one on the way, so I’ve got to provide for my family as well now,” said Selby.

“I’m still in the gym working hard, as hard as I’ve ever done, if not working harder. I noticed I’m getting recognised a lot more outside of boxing.

“I want to be a worldwide star. In the UK, if you ask someone who knows about boxing who Lee Selby is, they will know who I am.

“I want that on the world stage and I want to fight the best boxers, fighters like Leo Santa Cruz – and I think I’ve got the style to beat most of them.”

The Barry Boy Assassin will be making his first defence on A Wednesday live on SkySports and PBC, where also fellow countryman Nathan Cleverly fights out in Chicago just two days later where he takes on Andrzej Fonfara in a Light Heavyweight clash.