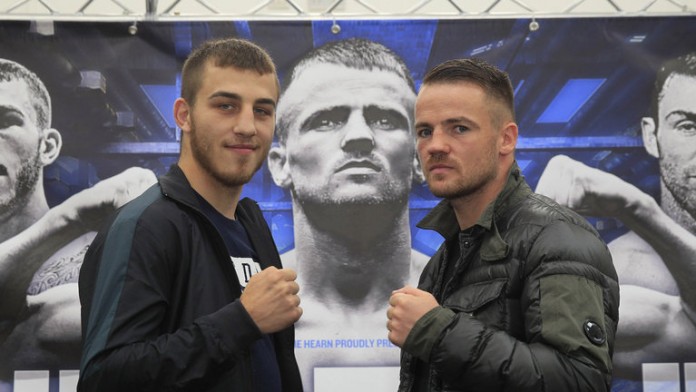 After Frankie Gavin was forced to pull out of his upcoming welterweight clash with Sam Eggington after suffering a foot injury. The 21-year-old Eggington (16-2-KO9) will now instead face Wales’ Dale Evans (10-2-2-KO3), who beat him on points during the Prizefighter tournament in January 2013.

Eggington and Gavin were scheduled to meet in an all-Birmingham clash at the Barclaycard Arena in Birmingham on October 17 headling as the main event.

Eggington was to put his British, Commonwealth and WBC international silver welterweight titles on the line against Gavin, who was set to return to the ring after his failed efforts to pick up a world title after being defeated by Kell Brook in May.

However, Gavin is now unable to make the fight after sustaining the foot injury, Eggington will still headline but a new opponent will be declared shortly.

The 30-year-old has been quoted as saying “Sorry to say I have had to pull [out] of my fight. I got ran over two and a half weeks ago and had to weeks of training (sic).

“Thinking it would heal but it hasn’t so I have had to pull out, it’s getting better but I won’t be able to fight in 2 weeks.

“Hopefully the fight can happen again some stage in the future. I hope to be back in the ring sometime in November/December.”